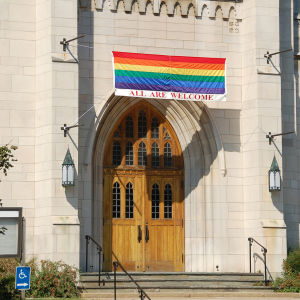 Last month, headlines around the world screamed that the Episcopal Church in the United States had been suspended from the Anglican Communion because of its stance on same-gender marriage.

To read those headlines, and the stories that ran below them, you would think that Episcopal Church was in dire trouble and had been sent to a three-year time-out for extreme misbehavior.

There are two things to know about this whole contretemps:

First, the Primates who gathered do not have the authority to even make this request, because the Anglican Communion doesn’t work like that.

And second, but much more important, know this: The Episcopal Church is alive and well, and will continue to carry out its mission and ministry in the world, regardless of what anyone says.

Let’s be honest: This is a complicated story, because the Anglican Communion is a complicated organization. It is not governed by a set of church laws, and each province is independently formed and run. It is a relationship-based network of churches. For those of us inside the Church, we could spend hours, days, months, years, discussing what happened in England in January (and trust me, we will.)

But trying to parse out what happened, and worrying about what might happen, is to miss the whole point of the Gospel of Jesus Christ, which is to love.

Pure and simple, the Church is called to spread the love of God in the world.

And that is what the Episcopal Church continues to do, regardless of what anyone anywhere says.

This whole debate comes down to the fact that we – meaning, all the members of the Anglican Communion – interpret the Gospels differently. In the Episcopal Church, we formally have made the decision to declare, by word and deed, that “all means all,” that God’s love is not restricted by color, by gender, by sexual orientation or identity, by language, by ethnicity, or by any other thing that humans use to distinguish themselves.

Because in the Episcopal Church, we are firm in our belief that all of us are beloved children of God, and all will be treated with the same love.

That’s it. That’s our baseline.

God loves all of you. And each of you.

And since that is our baseline, our truth, that is what we as Episcopalians are going to do.

We are going to love you.

We are going to do our best to take care of you.

To treat you with dignity.

To welcome you in our churches.

To encourage you to be leaders in our churches, and in our Church.

To stand up for you when you need someone to have your back.

To do our best to right the wrongs of this world.

To celebrate who you are, and how God made you.

To shout from the mountaintops that God’s love is more than enough to right the wrongs of the world, and then to act on that love.

But this disagreement will not, in any way, stop the Episcopal Church as a whole, and Episcopalians individually, from living into our Baptismal Covenant.

As our Presiding Bishop and Primate Michael B. Curry said following the meeting, “We are part of the Jesus Movement, and the cause of God’s love in this world can never stop and will never be defeated.”

Because no one and nothing can ever stop God’s love from being proclaimed and lived.

The Rev. Dr. Lauren R. Stanley is priest-in-charge of the Rosebud Episcopal Mission (West), serving eight Episcopal congregations on the Rosebud Indian Reservation in South Dakota. She wrote this for InsideSources.com.