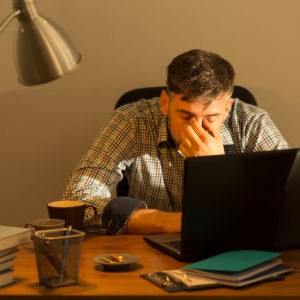 More than eight years after the start of the Great Recession our labor market is far from recovering by most measures. At 5 percent the current unemployment rate is not very different from its pre-recession level, but the main reason it is so low is that millions of people have given up looking for work and dropped out of the labor force. These people are no longer counted as being unemployed.

And contrary to what is often claimed, this is not a story of retiring baby boomers. The percentage of the prime age population (people between the ages of 25-54) that is working is down by two full percentage points from its pre-recession level. This translates into 2.5 million people who have given up looking for work at an age where they should be at the peak of their working career. That looks like pretty solid evidence of a weak labor market.

There are two ways to deal with a situation in which the number of people who want to work exceeds the number of jobs. The first is to increase demand in the economy, thereby increasing the demand for workers. We could in principle do this with increased government spending, but people don’t like budget deficits.

Reducing the size of the trade deficit would also increase demand, but this requires that our politicians make trade deficits a priority, which is not likely.

Some politicians claim that they have a magic formula that will cause companies to go on an investment spree. Unfortunately, the magic seems to work only in the elections, never once they are in office.

If we can’t increase the demand for labor, we could go the other route and share the amount of work available more evenly. This can be done through a variety of mechanisms, such as shorter workweeks, mandated vacations, paid sick days, and paid family leave. The idea is that we would get most workers to put in less time on the job, thereby creating demand for more workers.

That shouldn’t sound like a strange concept. It was exactly this sort of thinking that got us the 40-hour workweek back in 1938. Congress passed the Fair Labor Standards Act, which required employers to pay time and half if they required workers to put in more than a 40-hour week.

There were people at the time who pronounced the law a disaster and job killer, but the facts disagreed. The economy was lifted out of the Great Depression by the spending associated with World War II. We then had the three most prosperous decades in the country’s history as we saw strong wage and productivity growth accompanied by low unemployment.

The Fair Labor Standards Act was part of a steady progression toward shortening work time as the country got wealthier. Unfortunately, it was also pretty much the end of this progression. Since expensive non-wage benefits like health care insurance and pensions were largely provided as fixed cost per worker, employers decided they would rather require more hours per worker than hire more workers. As a result, the 40-hour work week was largely frozen in place.

We cannot of course make our economy a carbon copy of Germany, but we can pass laws requiring paid time off for family leave and sick days, as many states and cities have already done. In Germany, workers are guaranteed six weeks a year of paid vacation. We can start at two or three. And, we can restructure our unemployment insurance system to encourage firms to reduce hours with work sharing rather than layoff workers.

Technology is supposed to be about making our lives better. An important way in which it does this is by reducing the number of hours that we have to spend working so that we can have more time to be with our family or enjoy other pursuits. There is a great fear across the country that robots will take our jobs. If we correctly structure the economy, robots will give us more free time, and that will be good.