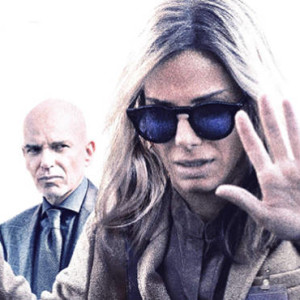 About 10 minutes into the 2005 documentary Our Brand Is Crisis — a peek behind the curtain of Bolivia’s 2002 presidential election — political consultant Tad Devine utters the words that give the film its name.

Sitting with an aide to his client, former Bolivian president Gonzalo Sánchez de Lozada, Devine is arguing for campaign messaging built around the country’s impending economic collapse. Things are bad, goes his narrative, but they could be much worse — and Sánchez de Lozada, better known as “Goni,” is the right man to weather this storm.

“The frame, for us, is crisis,” Devine says. “That’s our brand. We must own crisis and we must brand crisis — who can deal with it, who  has the capacity to deal with it.”

And so they do. Devine and his colleagues from the Washington firm Greenberg-Carville-Shrum eke out a come-from-behind victory for Goni, overcoming the perception that their candidate is detached, arrogant and too close to the United States. Through focus-grouped ads and attacks on a rival candidate, the Americans use all the tricks of modern U.S. politics to transform an election in a foreign land. They get their guy in, despite seething hatred for him among many voters.

RELATED: Will Political Movies Matter in 2016? Do They Ever?

The film chronicling all this, directed by Rachel Boynton, raised questions about the ethics of the campaign, particularly given that Goni was later ousted from office amid deadly protests against his policies. “[O]nly a nihilist would not be alarmed by the endless reverberations of Boynton’s case study — and by its suggestion of a systemic separation of modern politics and the national good,” movie critic David Edelstein wrote in New York Magazine.

For his part, though, Devine feels proud of the work he did. More than a decade after the fact — and days before the release of a fictionalized Our Brand Is Crisis film starring Sandra Bullock — the consultant told InsideSources he still sees Goni as “an honest leader” and “a guy who wanted to do the right thing.”

“I understand the reality of the way these things look sometimes, but that doesn’t change my view about what we did and why we did it,” he said.

Devine acknowledged that Goni made mistakes after he became president again, including appearing out of touch and trying to do too much of what the International Monetary Fund wanted. Yet the consultant, who is currently the senior strategist for Vermont Sen. Bernie Sanders’ Democratic presidential campaign, stressed the former president’s stature as an economic leader. Devine said Goni made unpopular decisions for the betterment of Bolivia.

While talking with Devine, InsideSources asked what it’s like to be an American politico who parachutes into an election on a different continent. Isn’t there resistance to advisers from a completely different culture?

Devine said he’s certainly encountered that skepticism. He’s also had to grapple with language barriers. Referencing his work in Israel, he gave one example: “Trying to write something in English for an ad that’s going to be in Hebrew requires a lot of help.”

Asked what Hollywood typically gets wrong in portrayals of political consultants, Devine described the glossing over of many mundane parts of campaigning. To make his point, he told InsideSources exactly what he was doing during our phone interview:

I’m walking up and down a set of stairs, going in one editing suite and then another, and I’ve got a feeling I’m going to be here until late tonight. That’s not as glamorous as walking around spin alley after the debate last week, sitting there with 100 people surrounding and sticking microphones in your face. That’s the side you see in the movies, and that does happen in campaigns, but most of the time is spent in meetings, talking to people on the phone. … The reality is not quite as exciting as it looks in a movie, you know?

Any viewer of recent on-screen political fiction would know. Slate observed that “the omnipotent, omniscient celebrity political consultant has been portrayed again and again.” The character is often ruthless and sometimes even murderous, as in the case of protagonist Frank Underwood from Netflix’s House of Cards.

Devine was quick to point out that he’s nothing like that Kevin Spacey character. “I’ve never been involved in killing anybody,” he said. “At least, not literally. There is a lot of tough talk in these campaigns.”

Watch the 2005 documentary Our Brand Is Crisis on YouTube:

Watch the trailer for the 2015 feature film Our Brand Is Crisis: