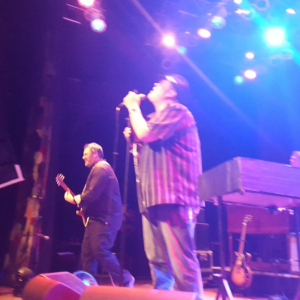 Political Party: The Republican Convention You Didn’t See on TV

As the Republican National Convention was about to kick off in Cleveland, I made a last-minute decision to head to Ohio–despite some safety concerns and no specific plans for when I arrived.

The convention experience proved to be far different than anything I had anticipated. And while many political junkies may feel they have a good picture of what a party convention is like based on the non-stop cable coverage, there’s a lot more happening outside the reality television show taking place in the arena. 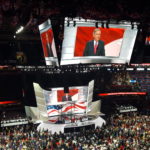 While I stopped by the convention hall, my true experience at this year’s Republican National Convention was an exhausting series of seminars, concerts, and parties that began early in the morning and stretched late into night, long after the convention coverage ended on television.

Cleveland felt very safe. Police officers had a constant presence everywhere in the city, and they were well prepared if there had been a problem.

Of course, none of this stopped my mom from reminding me every day to be careful.

(and based on conversations with others in Cleveland, everyone’s mom was similarly worried) 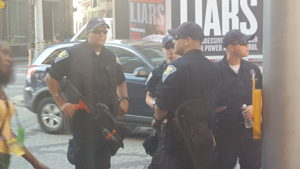 Check out the officer on the left’s gun

There were protesters, but I did not witness anything get out of hand. 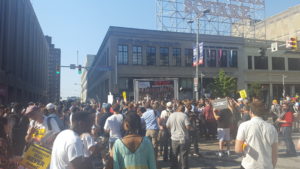 Perennial presidential candidate Vermin Supreme seemed to be everywhere. For those unfamiliar with him, he wears a boot on his head and promises free ponies for all if elected. 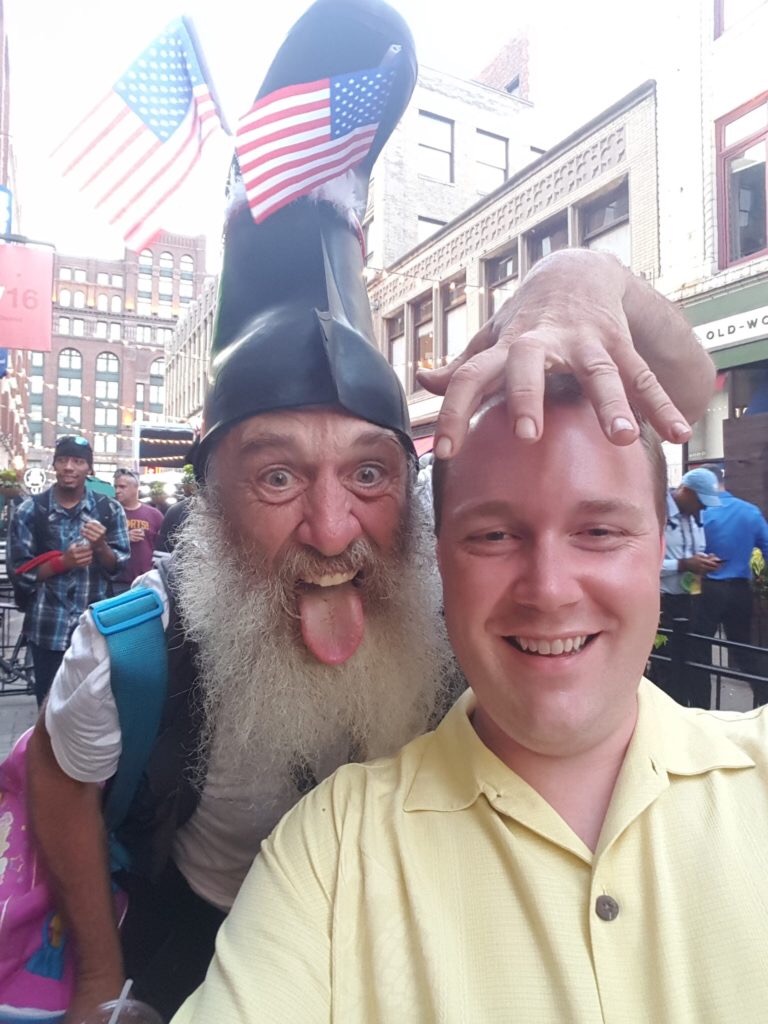 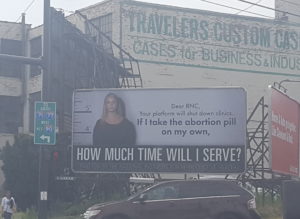 Film screenings and seminars were held each day. Newt and Callista Gingrich introduced their film, “The First American,” a documentary on the life of George Washington. Media organizations hosted panel discussions on such issues as how to get more women to run for office and how campaigns are developing new digital strategies. Guest speakers took the opportunity to make some news.

Per former Trump digital director– Trump voters have “a very unnuanced view of the world.” https://t.co/J2dT5g8RxG

.@MarshaBlackburn: those not supporting ticket despite pledge do themselves, their careers, and party a disservice. pic.twitter.com/U3Pc4QECrU 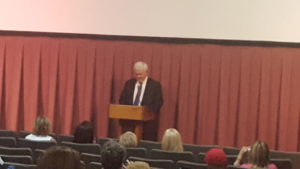 At private CLE party, Newt Gingrich says he told Trump he wishes to be senior adviser to all of the federal government. He’d do it pro bono 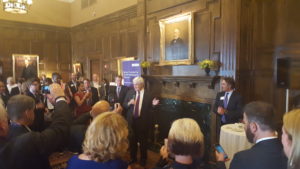 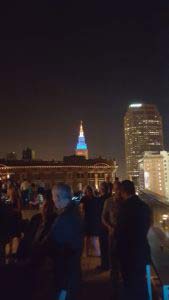 But the part of convention most overlooked by TV coverage is the accompanying music festival. Each night featured a lineup of great bands–some of which had reunited just for the RNC. The bands played in small, private venues. Tickets weren’t available to the general public, and many of the performances had few enough attendees to walk right up to the stage. 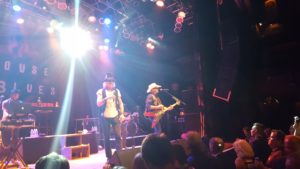 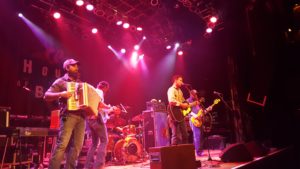 The keyboard-trumpet-accordion player for Bob Schneider was a constant fascination–dressed as a janitor, doing a robot dance, and randomly sneaking to the opposite side of the stage.

One band tried to spoil all the fun. While giving a charity concert for sick kids (yeah–these guys are classy), the washed-up 90s band Third Eye Blind refused to play any of their hit music because they disagreed with the predominantly-Republican audience. This disappointed fans, but lead singer Stephan Jenkins told the crowd, “You can boo all you want, but I’m the motherf—in’ artist up here.” Again, this was a charity concert for sick children. 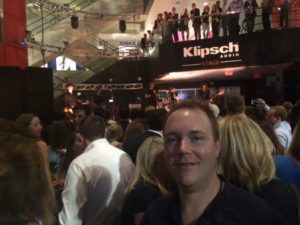 Me and Third Eye Blind

I was sooo looking forward to this. And then they didn’t play it. https://t.co/sOfrMXT8JQ

In great contrast to Third Eye Blind, Blues Traveler had possibly the most popular performance of the week. The band came on stage to “America, F*** Yeah,” and The Great John Popper led an out-of-tune crowd in “God Bless America.”

Popper showed what’s possible with a harmonica in “Devil Went Down to Georgia.”

“Hook” was a big hit with the fans.

The non-stop convention party was a lot to handle. Convention organizers were apparently aware of this. They handed out the hangover-cure Pedialyte to all concertgoers after Blues Traveler. 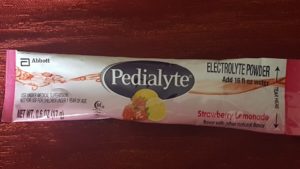