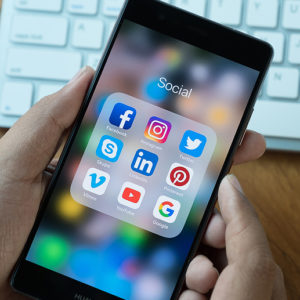 Prospects Are Dim for Tech Legislation in the 117th Congress

For the 117th Congress, this summer is the last time to pass three major tech-focused bills: the American Innovation and Choice Online Act; the Open App Markets Act; and the proposed draft American Data Privacy and Protection Act. The first two bills — focused on antitrust law reform — are a culmination of congressional hearings of the last couple of years, while proposed privacy and data security legislation has a congressional history going back several years.

Major provisions in the American Innovation and Choice Online Act include prohibiting certain large online platforms from engaging in specified acts, including giving preference to their own products on the platform, unfairly limiting the availability on the platform of competing products from another business, or discriminating in the application or enforcement of the platform’s terms of service among similarly situated users.

The American Innovation and Choice Online Act has bipartisan support in the Senate (six Democrats and six Republicans), and in the House of Representatives, the bipartisan supported bill has 44 co-sponsors (35 Democrats and nine Republicans). Skopus Labs, a firm that calculates the probability of congressional legislation passing in a session, gives this bill a 4 percent chance of being enacted. Furthermore, Plurus Strategies reports that despite the changes made to the most recent draft, “it is unlikely to be enough to get the bill across the finish line” in this Congress.

Major provisions of the Open App Markets Act include establishing rules related to the operation of an app store (i.e., a publicly available website, software application, or any other electronic service that distributes apps from third-party developers to users) by a covered company (i.e., the owner or controller of an app store with more than 50 million U.S. users).

The Open App Markets Act has bipartisan support in the Senate (seven Republicans and five Democrats) and was ordered reported out of the Senate’s Judiciary Committee on February 3. Moreover, the bipartisan-supported House bill has seven sponsors (six Democrats and one Republican). Skopus Labs gives this bill a 4 percent chance of being enacted.

A bipartisan draft bill, titled the American Data Privacy and Protection Act, was released by the House Committee on Energy and Commerce on June 3. The bill includes the development of a uniform, national data privacy framework, new consumer privacy rights and a new enforcement bureau established within the Federal Trade Commission. Unlike previous drafts of data privacy legislation that were not stronger than some existing state laws, this proposed draft has “carve out” exemptions for two states — California and Illinois. Plurus Strategies projects a low likelihood of passage of comprehensive federal privacy and protection legislation.

Yet, in the Chamber of Progress survey, when asked what issue in the technology industry the Senate should focus on, respondents replied “cybersecurity and stopping hacking” (30 percent) and “protecting data privacy for consumers” (18 percent), versus 7 percent who favored “stopping anti-competitive practices.”

Furthermore, in a June survey by Morning Consult/Politico, 59 percent of voters were supportive of a federal data privacy law. In the same survey, more than 80 percent of voters supported the four major provisions in the draft American Data Privacy and Protection Act.

The American Innovation and Choice Online Act and the Open App Markets Act remain politically problematic and will not be seriously considered for passage in the 117th Congress. Moreover, if Republicans gain control of the House of Representatives, it will be an uphill battle to pass antitrust legislation in the 118th Congress. If reintroduced in the 118th Congress, however, a version of the American Data Privacy and Protection Act has a realistic prospect of enactment.