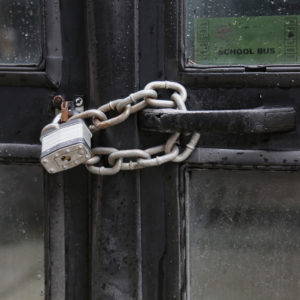 Since the election, liberal groups allied with the teachers’ unions have repeatedly made the case that public funding for private school choice in the form of vouchers represents an “existential threat” to the nation’s public school system. Despite this portentous rhetoric, a close look at series of recent polls on education policy suggests that while much of the public does oppose vouchers, most Americans disagree that enacting private school choice would endanger the existence of traditional public K-12 schools.

The most recent in a series of education polls released this month, was financed by Phi Delta Kappa International, a professional association for educators that has been measuring public support on various education policy issues for 49 years. This year’s poll was conducted by telephone and reached over 1,500 adults in every state.

When asked “Do you favor or oppose allowing students and parents to choose a private school to attend at public expense?”—a common definition for vouchers—the researchers found that 52 percent opposed the practice, while only 39 percent were in favor.

When Education Next (which is considered to be a right-leaning publication) worded the question in a slightly different fashion for its own poll earlier this month, 45 percent of the public voiced support for vouchers, while 37 percent opposed their use. For reference, EdNext’s question read like this: “A proposal has been made that would give all families with children in public schools a wider choice, by allowing them to enroll their children in private schools instead, with government helping to pay the tuition. Would you support or oppose this proposal?”

In both polls, the numbers were even worse for school choice proponents when the pollsters emphasized the fact that public funds would be diverted to private schools under the voucher plans. So while liberal activists are on solid ground when making the argument that the public is at best split on vouchers (and probably opposes them), the evidence is far more tenuous when they take the next step and argue that vouchers could decimate the public education system writ large.

In the Phi Delta Kappa poll, only 21 percent of the public said that they thought vouchers would hurt public schools, 37 percent thought the implementation of private school choice would have no effect on the traditional school system, and 34 percent thought vouchers would improve public schools though competition. (School choice activists are quick to point to a number of studies that have found a positive effect on traditional school systems where pro-choice policies have been implemented).

Furthermore, according to the Phi Delta Kappa poll, even if vouchers were to cover the full cost of private school tuition (which in most cases it does not), 54 percent of public school parents said they would continue to send their children to public schools. That figure rose to 72 percent, when the pollsters asked about the more plausible scenarios in which a voucher would only cover half of a private school tuition. As one might expect, parents reported they would be most likely to keep their children in public schools in cases in which they rated their own school systems most highly, according to researchers.

In essence, these numbers suggest that even if school choice proponents were to clear the difficult hurdle of getting widespread school voucher legislation passed, most parents would keep their children in public schools. Furthermore, the school districts most severely disrupted would likely be the school districts with the lowest levels of performance.

With this in mind, the question remains: if the public is not concerned about the survival of the public school system, why do many continue to oppose vouchers?

According to Phi Delta Kappa’s analysis, the most likely answer has to do with the lingering presence of the country’s culture wars. In particular, many secular Americans oppose the concept of public funds going to private religious schools: “Being a non-Christian is significantly associated with opposition to vouchers when religious schools are mentioned but not when only private schools are included,” according to the report.

This distinction—that opposition to vouchers for many is rooted in principle rather than concern for the well-being of traditional public schools—is significant because it undercuts the urgency of the messaging from an assortment of liberal pundits, teachers unions, and public school advocates. According to the polling, most of the public sees the voucher debate as one about values, not equal opportunity to a decent education.

For example, one may consider how the nomination and difficult confirmation of Education Secretary Betsy DeVos, an avowed voucher proponent, became a cultural touchstone that some interpreted as a proxy for the debate over the role of public schools in American society. Perhaps that narrative was blown up too far. While much of the criticism was credibly aimed at her personal preparedness for the role of top school administrator, the accusations levied against DeVos on policy—that her proposals would lead to the degradation and mass privatization of American public school systems—do not appear to have resonated with the public.