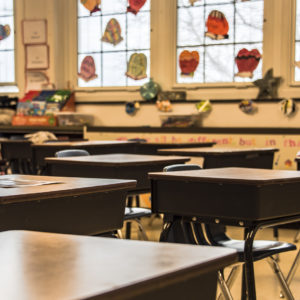 What Do Americans Really Think About Public, Charter, and Private Schools?

Despite a prominent union leader’s statement, private schools continue to have a far better reputation than public schools in the U.S., according to recently released polling.

What Weingarten’s statement lacked, however, is the context describing the starting point that these trends are anchored in. In 2012, only 37 percent of the public thought traditional public schools provided an excellent or good education, while 78 percent thought that independent private schools did the same. Therefore, while the trends are positive for a public school proponent like Weingarten, the reality is that far more Americans, (71 percent), currently still have faith in independent private schools, than the 44 percent that trust traditional public schools to provide a quality education.

Meanwhile, in a blow to those on the right who are hoping to expand school choice opportunities, such as Secretary of Education Betsy DeVos, the Gallup poll surprisingly showed that positive perceptions of public schools have risen faster among Republicans (or those who lean Republican) than among Democrats (or those who lean Democrat). Since 2012, an additional 9 percent of Republicans nationally believe that traditional public schools provide a good or excellent education—up to 39 percent of the total.

Those numbers are significant because, fairly or unfairly, school choice initiatives are often seen in opposition to traditional public school offerings. Whether it is legislation calling for deregulated charter schools, vouchers for private schools, or education savings accounts, the main argument proffered by school choice opponents typically has to do with the worry that funds will be diverted away from government-run public schools. Stiffening support for traditional public schools, even from a minority of those on the right, (typically in rural areas), could complicate efforts to get school choice legislation passed on the state or federal levels.

A favorite of President Obama’s, public charter schools have increasingly come under fire from progressive groups and teachers unions. Recently, the NAACP reiterated a call for a moratorium on new charter school openings—even though black students are over-represented in the sector.

Similarly, in her statement about the Gallup poll, Weingarten appeared unperturbed by the decline in support: “the results for charters reinforce what we’ve seen in other polls showing that the more people have learned about and experience charters, the less they support them,” she said. Among the “other polls” Weingarten was referencing, was an EdNext survey released last week that echoes the Gallup results.

The Gallup survey relied on telephone conversations with over 1,000 American adults in early August. There is a 4 percentage point margin of error on the findings.