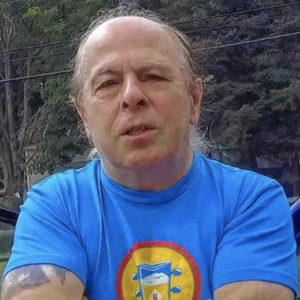 Vincent Marzello, 65, of West Lebanon, N.H., is accused of voting once as himself and then disguising himself as a woman to vote again, according to charges filed by the New Hampshire Attorney General last week. Marzello was also named a ballot inspector by the New Hampshire Democratic Party under his female identity.

Now the journalists responsible for uncovering this alleged crime want to know why AG Gordon MacDonald’s office sat on the case for months, only filing charges after being pressured by their organization.

“We’re exposing private truths that contrast with public lies,” Neil McCabe, Chief Communications Director for Project Veritas, told NHJournal. “We are told [voter fraud] never happens. Yet, they knew this happened and sat on it.”

In a press statement released Thursday, the NH Department of Justice reported Marzello was charged with a Class B Felony after attempting to vote twice in the general election, “by voting once as Vincent Marzello and once as Helen Elisabeth Ashley.” 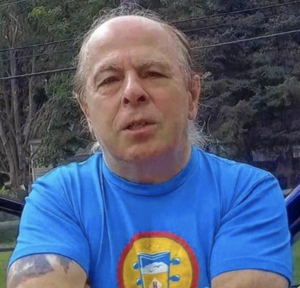 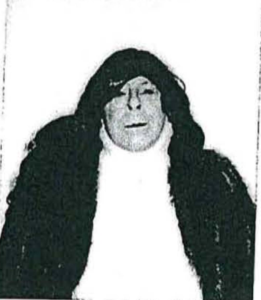 “I can tell you that about little more than a year ago, I was alerted to a call where somebody was trying to fraudulently obtain a voter ID card,” the trooper told Project Veritas. “This person had shown up at–I believe–it was a Claremont DMV office and had a voucher for a New Hampshire voter ID card. Something seemed amiss. They had, they claimed to have no other, no other ID, and seemed a little bit suspicious.”

But months after Decker reported his findings, the Department of Justice had still taken no action.

On Wednesday, James O’Keefe of Project Veritas confronted Jane Young, Deputy Attorney General, in the Department of Justice parking lot demanding answers as to why an admitted double voter from 2016 had not been charged. That confrontation turned into a meeting with relevant attorneys present, according to McCabe.

On Wednesday, James O’Keefe of Project Veritas confronted Jane Young, Deputy Attorney General, in the Department of Justice parking lot demanding answers as to why an admitted double voter from 2016 had not been charged. That confrontation turned into a meeting with relevant attorneys present, according to McCabe.

“We’re asking the same questions that everybody else asks,” said McCabe. “There’s nothing in the investigation they didn’t have eight months ago, so why didn’t they move on this until we forced their hand?”

Thursday morning, about 24 hours after this meeting, Vincent Marzello was arrested.

In a video released by Project Veritas, Marzello admits that he “got in trouble” for voting twice, but only after he went down to get a Voter ID for his alter-ego.

The video shows snippets of the meeting between attorneys with the AG’s Office and O’Keefe. Deputy AG Young and Attorney Chong Yen with the Election Law Division tell O’Keefe the case is still under investigation after being hand-delivered over eight months ago in December 2019.

Yen says he’s had an active dialogue with the city clerk in Lebanon to ensure “this voter does not double vote in the upcoming election cycle.”

“Why have you not prosecuted this person,” O’Keefe repeatedly asks on the video, only to be told the case is still under investigation.

McCabe tells NHJournal that they left the meeting under a strong impression no arrest would be made, despite Marzello clearly admitting to double voting on video.

“We’re gratified that our investigation and prompting led to the State taking action they hadn’t taken before,” McCabe told NHJournal.

Young later confirmed to the Union-Leader that AG MacDonald decided to arrest Marzello after the Project Veritas meeting. Young told the U-L that the delay was due to staffing decisions.

McCabe wouldn’t comment on where active Project Veritas investigations are taking place but said every two years there’s a special effort to find voter fraud cases and bring those individuals to justice.

“It appears while simultaneously cooperating with the state Democratic Party to save face for appointing an admitted double voter as an election inspector the AG’s Office refused to prosecute until Project Veritas forced their hand by storming their office yesterday,” O’Keefe said. “Why does the AG’s office wait until Project Veritas investigates to act on fraudulent behavior?”

Marzello faces up to seven years in prison. The New Hampshire Democratic Party has since removed “Helen Ashley” from her job as a ballot inspector.