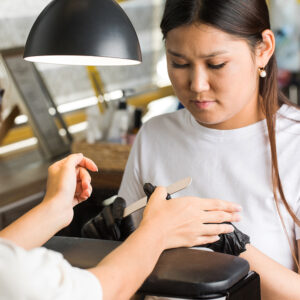 Posted to Politics September 27, 2022 by Thomas A. Hemphill

The Institute of Justice, a nonprofit, public interest law firm whose mission is to end widespread abuses of government power and secure constitutional rights, recently released a study — Raising Barriers, Not Quality: Occupational Licensing Fails to Improve Services — that found no evidence that licensing raises the quality of services and some evidence that it can reduce it.

According to Bureau of Labor Statistics data, August 2022 figures for “private servicing-providing” employment reveals that 71.5 percent (105.003 million) of “total non-farm” employment (146.947 million) are service employees. With 71.5 percent of American workers employed in service occupations today, the issue of occupational licensing is an essential economic topic, as the Center for Growth and Opportunity at Utah State University reports that it affects the employment status of one in five American workers in 2018 as compared to one in 20 in the 1950s.

Moreover, Sweetland and Carpenter reviewed Yelp ratings for businesses within a certain narrow geographic distance from either side of the respective state border. Furthermore, the study examines nine distinct sets of state regulatory regime pairings across the six licensed occupations.

The study results found that there was no statistically significant difference in consumer quality ratings between each state’s licensing regimes in eight of the nine occupational licensing comparisons. For example, reviews for cosmetologists in Connecticut were no more statistically significant than those for New York — despite the Connecticut state government requiring 1,500 hours of formal training versus 1,000 hours of formal training by the New York state government.

However, in one statistically significant comparative instance, the quality of tree trimmer service was deemed higher in unlicensed Virginia than in licensed Maryland.

“There are a few possible reasons licensing might not guarantee safer, higher quality services, said Carpenter, senior director of research at the Institute of Justice. First, ordinary market incentives may be doing the work on their own. Second, sometimes licensing requirements don’t actually match what it takes to do the job well. Finally, steep (licensing) requirements can also deter people who would do a good job from entering the field.”

Previous research has uncovered the significant debt individuals seeking cosmetology licenses have acquired, the economic costs of licensing, and the economic burdens of occupational licenses for 102 lower-income occupational licenses.  “Given this research, as well as ample evidence of licensing’s negative economic effects, policymakers should take steps to rein in licensing’s reach and burdens, not just among these six occupations, but beyond,” argues Lee McGrath, senior legislative counsel at the institute.

Encouraging more states to enact universal recognition legislation should be actively encouraged, but more important, having states enact their version of the Occupational Licensing Review Act is the intended endgame. Broader occupational licensing reform will ensure that state efforts to restrict safely unnecessary barriers for American workers to enter an existing U.S. employment environment that has millions of good-paying — and many regulated — jobs going unfilled.