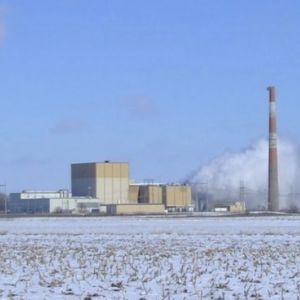 Red Tape and Green Energy: Why Nuclear Power Is Struggling to Survive

This year has been a tough one for nuclear power. Last week, NextEra Energy announced an agreement with utility Alliant that would close its 601 MW Duane Arnold nuclear plant in Iowa five years early. Shutting down the generator in 2020, rather than the previously projected 2025, will save Alliant’s customers $300 million, but it shines a light on the increasingly fragile situation of nuclear power in the U.S. Meanwhile, Exelon announced late Tuesday that it had finalized a deal to sell the retiring Oyster Creek plant in New Jersey. Over the course of the past year, nuclear energy has taken a beating, suffering from a combination of unfriendly policies and tough market conditions.

This spring, a Bloomberg Energy report found that nearly a quarter of America’s remaining 99 nuclear reactors are at risk of closing prematurely.

Iowa has been a leader in renewable energy standards. It was the first state to announce a Renewable Portfolio Standard (RPS), requiring utilities to obtained a fixed percentage of their power from renewable sources. Today, the state generates nearly 40 percent of its electricity through wind. Why can’t nuclear continue to provide at least some of the remaining 60 percent?

The question, at least for nuclear, is what qualifies as renewable.

Nuclear remains one of the most scalable carbon-free forms of electricity generation. Despite this, state laws in Iowa and other parts of the country do not include nuclear generators in their renewable energy standards. As a result, utilities must treat nuclear power as equivalent to conventional fossil fuel generation. While natural gas prices remain low, nuclear has struggled to compete. This spring, Exelon, which operates the Three Mile Island nuclear plant in Pennsylvania, specifically stated that it would be forced to close the plant early if the state did not change its alternative energy portfolio standards.

After years of aggressive government policies to promote wind and solar, they are beginning to take off. Record amounts of solar generation were installed in 2017 and wind installation has made healthy gains in 2018. Analysts predict that this surge will continue, especially as buyers come to appreciate that they can lock in long-term pricing without having to worry about fluctuations in fuel markets.

“Wind power’s low cost makes it one of the most competitive energy sources in many parts of the country. And low costs continue to fall due to technological innovation and increased American manufacturing,” said the American Wind Energy Association, in a statement.

Proponents of nuclear power say that the comparison is inaccurate and doesn’t reflect the differences between nuclear and wind.

“Existing policy doesn’t take into account that wind is not a direct substitute for nuclear, since wind isn’t a storable resource and can only be called on when it’s available. For wind to compete straight up with nuclear on equal terms regarding zero-carbon emissions and baseload capabilities, wind generators will require battery storage,” says David Gattie, an associate professor of engineering at the University of Georgia, whose research focuses on nuclear energy and national security.

One of the problems nuclear faces is that current plants were designed to use the generators for baseload power. Increasingly, nuclear energy proponents have discussed turning this on end, using nuclear power to fill in when wind and solar are inadequate.

Maintaining nuclear plants will come at a price, however. America has built few new reactors since the 1970s, meaning that companies lack the expertise needed to design and construct them. According to the Bloomberg report, keeping even just the 25 plants most at risk of closure afloat would cost $1.3 billion.

At the same time, for wind and solar to continue to build on their present growth, the industries must find ways to deal with the intermittency problem. Right now, the primary focus has been on battery technology, in the hopes that a generation and storage combination would be sufficient. Since the technology is under development, the costs of a large scale battery program are still largely unknown.

“If sufficient battery storage is included, then this raises questions about the lifespan of a wind facility, since we don’t yet know the lifespan of a battery storage facility at that scale. This equal-term comparison, changes the economics altogether,” says Gattie. “The point here being that decisions to shut down nuclear plants are being made based on short-term marginal profits in current market structures that don’t properly value nuclear.”

The Trump administration has discussed a bailout for the coal and nuclear industries, but so far, no finalized plan has been released.