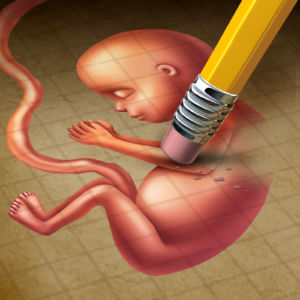 With a Republican State House, Could Several Abortion Bills Make It to the Governor’s Desk?

While House leadership said that bills restricting abortion rights would not be a priority for the Republican majority, there are still some bills before the New Hampshire Legislature tackling the contentious issue.

After the November election, House Speaker Shawn Jasper outlined his top priorities for the 2017 legislative session, which included concealed carry and right to work, but not any abortion bills.

However, that didn’t stop several state representatives from putting them forward. With a Republican-controlled State House, some bills that seek to restrict abortion rights could quietly make it far in the legislative process. While pro-life and pro-choice groups are paying attention to the issue, most eyes will be on the budget, right-to-work legislation, or other bills dealing with election laws.

Rep. Keith Murphy, R-Bedford, is hopeful his bill, which would ban abortions after “viability,” passes the House. He introduced a similar version of the bill last year, when it was deemed “ought to pass” in the House Judiciary Committee, but failed by three votes in a House session.

Murphy blamed the defeat on the fact that it was “the end of a long day and a lot of people already left.” He also thought some of the representatives did not fully understand the bill.

“I have vowed this year to be different,” he told NH Journal.

House Bill 578 would prohibit any person from performing or inducing an abortion on a woman when it has been determined that the age of the “unborn child” is 21 weeks or older, unless there is a medical emergency in order to save the woman’s life or stop physical harm. The bill also sets penalties for doctors who perform abortions in violation of the law.

New Hampshire is one of eight states that does not place a specific restriction on abortions at a certain point in pregnancy, according to the Guttmacher Institute, a research and policy organization focused on sexual and reproductive health.

“New Hampshire tends to be a fairly moderate state on the question of abortion,” Murphy said. “I think this bill has an excellent chance [of passing] because it protects children who are viable, who will live if they are removed from the womb. There is no reason to kill these children because they will survive.”

Kayla Montgomery, director of advocacy and organizing for Planned Parenthood NH Action Fund, said the bill would criminalize doctors and make “it impossible for women who face complex pregnancy complications or severe fetal abnormalities to access abortion as currently provided in New Hampshire.”

“Equally as problematic, the bill requires an intrusive data collection system which would create a registry of women who obtain abortions and doctors who provide them and store this information at the Board of Medicine and the Department of Health and Human Services,” she told NH Journal.

While Murphy understands that his legislation might not be a priority for the House leadership, he said he has spoken to House Majority Leader Dick Hinch about the bill and “Speaker Jasper has indicated in general that he will go where the House takes him.”

“I don’t think he is dictating the outcome of the bill,” he said. “If the House passes it, it will be supported.”

If enough Republicans rally behind the bill, it could make it to Gov. Chris Sununu’s desk, and Murphy said he is optimistic that the Republican governor would sign it.

Sununu describes himself as a pro-choice Republican and said he stands by his vote to approve of state funding for Planned Parenthood last year. But he also said he opposes late-term abortions. He has not been specific about what that means.

“We can generally say third trimester, but some say 20 weeks,” he told the New Hampshire Union Leader in October. “I think we can look at those options, but I am not going to put a timeline on it now.”

Planned Parenthood, though, is expecting Sununu to protect women’s health.

“We will be watching the budget process closely to ensure that women’s health programs are protected and fully funded,” Montgomery said. “Gov. Sununu campaigned as someone who supports abortion rights and pledged to stand up to his party to protect women’s health, and that’s what we are expecting of him. New Hampshire has a long bipartisan tradition of respecting individual privacy. Support for access to safe, legal abortion in New Hampshire is among the strongest in the country. Defeating attacks has always been accomplished by bipartisan efforts, and we expect no different this year.”

There are two near-identical bills in the House and Senate that would allow prosecution of a person, such as an impaired driver or abusive domestic partner, whose actions cause a woman to lose a pregnancy that she has chosen to carry. It does not apply to abortion or to any act performed with the mother’s consent.

Senate Bill 66 specifies a “viable” fetus, which is a “developing human” that has basic human qualities. House Bill 156 is just a fetus, which is defined as after the eighth week of a pregnancy until birth.

The House Bill is known as Griffin’s Law, which has been introduced in the Legislature before by former Rep. Leon Rideout, R-Lancaster, whose daughter lost her baby in 2013 after another driver ran a stop sign and crashed into her. His daughter suffered serious injuries and despite an emergency C section to keep the child alive, he succumbed to injuries from the crash.

Rep. Jeanine Notter, R-Merrimack, is the prime sponsor of Griffin’s Law in the current legislative session. But the future of the bill remains unclear. It has failed in the Legislature before, so it will remain to be seen if it has more widespread support this time. The House bill will hear public testimony in the House Criminal Justice and Public Safety Committee on Tuesday.

Montgomery said the House and Senate bills do not have a “direct impact on the health services that Planned Parenthood of Northern New England provides.”

“We do share concerns that have been raised regarding implications of recognizing fetal rights prior to viability,” she said. “There are examples of similar bills in other states which have led to the prosecution of women for their own behavior during pregnancy.”

Montgomery said Planned Parenthood would also be watching House Bill 589, which would repeal the “buffer zone law,” which was passed in 2014, allowing for a 25-foot zone outside abortion facilities where no one would be allowed to protest or impede anyone from entering the facility.

“Now, more than ever, health centers need the flexibility to adapt buffer zones if they feel the privacy and safety of patients are at risk,” Montgomery said. “Undoing this law would be a step backwards and removes an important tool from the toolkit.”

Sununu has indicated during the campaign that he would support repealing the law.