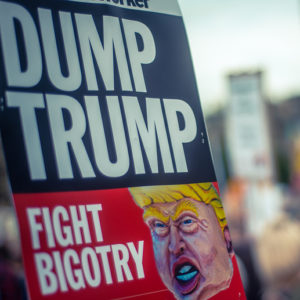 Republicans, Do Not Take the Bait

James A. Baker III, when leading George H.W. Bush’s campaign, once remarked that there was only one thing Bush could do to make the New York Times and Washington Post happy.  That would be to give a concession speech.

Fast forward to 2019, and the same maxim holds true.  Any Republican who believes that abandoning President Trump during the impeachment debate will gain them one iota of benefit down the line with the mainstream media, progressives in general, and Democrats in specific would be fooling only themselves. There is nothing in modern American political history to suggest this being a realistic possibility.

At the end of the day the liberal intelligentsia, starting with the elite MSM, will always find a reason Republicans are wrong and fall short of the mark. The only way a Republican is treated favorably is when that Republican criticizes other Republicans. A quick review of the actual coverage of George H.W. Bush, Bob Dole, George W. Bush, John McCain and Mitt Romney only serves to underscore the point.

Donald Trump, much to the dismay of his most vocal critics, is a fighter. Years ago, I was not an early supporter. I even penned pieces critical of him. However, in being given the privilege of being program director at the 2016 Republican Convention, then executive producer for public events and ceremonies for the inauguration, I had the chance to see for myself that Trump’s eyes and ears for things, his political judgment, were a lot better than mine. My respect for him, emboldened by my particular respect for his family’s courteous and tireless approach, has not diminished from time.

There are some Republicans who have concluded they cannot support Trump.  That is a position contrary to my own, but I can live with that. What I cannot accept is being told that anyone who does anything other than condemn Trump is guilty of evil and wrongdoing. That logic, at best, is circular. I think Trump deserves to remain in office and to be elected to a second term. I further think that we ought to be able to have a discussion on this without demonizing those of us who have decided to support the president.

There are members of my own family who cannot stomach the conclusions I have reached. There is nothing that can be said to stimulate them to even reconsider what they have decided. For them, as well as a host of others, it is: “What Trump did or said or did is wrong. By the way, what did he say or do?”

Today, we are being told that somehow asking a foreign government to investigate whether there was improper activity in their country is really bad. It is worse if the behavior to be investigated centers on individuals who are political rivals. And, it is supposed to become impeachable if there is any quid pro quo involved.

In this case, delaying appropriated funds and a meeting with the president. Really?  Are we to pretend that no other president ever attached strings to these sorts of dollars? Heck, Vice President Joe Biden bragged that he successfully made such a threat.

When Bill Clinton quite obviously lied under oath, somehow because the lie related to matters of sex, it really did not count. When all but one House Democrat voted against impeaching him, then literally held a rally at the White House on the day of the vote, that was standing up for principle against the evil Republicans who were trying to overturn the results of the election. Now, when Republicans are largely united in support of Trump, we are supposed to believe it is a character defect on our part. Ridiculous.

When you take a giant step back, there are some important facts to bear in mind.  First, there actually has been no investigation of the Biden family. Second, Ukraine continues to receive our foreign aid. Do Americans really want a president removed from office because his political opponents have decided the president’s motivations for wanting an investigation were not pure of heart?

The dirty little secret is this. It is not just Trump who the MSM, liberals, and Democrats want to grind into dirt. It is all of us who call ourselves Republicans.  Trump does not deserve to be impeached. Republicans need to be strong in defending this president. Most of all, Republicans should not cave, thinking that surrender will get them anything in the future. It surely will not.