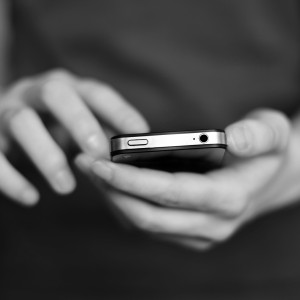 The next battlefield in the smartphone wars could take place in the Supreme Court, where Samsung appealed a ruling this week forcing it to pay Apple more than a half-billion dollars for infringing on iPhone design patents.

The company paid Apple $548.2 million as part of the ongoing lawsuit on Monday, the same day it petitioned the nation’s highest court to hear the case — a move followers have predicted since it started in 2011.

Samsung said it shouldn’t have to pay $399 million of the total for copying obvious ergonomic features like the iPhone’s rounded corners, front face or app icon design.

“Samsung is escalating this case because it believes that the way the laws were interpreted is not in line with modern times,” the South Korean electronics manufacturer said in a statement Monday.

“While Samsung prefers to compete in the marketplace, not the courtroom, the company feels that it is important to appeal this case to the U.S. Supreme Court on behalf of all U.S. companies, big and small, that could be affected if this legal precedent stands.”

That precedent was upheld by the U.S. Federal Circuit Court of Appeals in May, where judges awarded Apple damages based on the value of the company’s entire iPhone product line, rather than just the value of the features Samsung infringed upon with its Galaxy product line — including the iPhone’s front face, user interface and utility features like pinch to zoom.

The ruling originally came down from the U.S. District Court for Northern California, where nine jurors found Samsung infringed on six of seven Apple patents, including the rectangular shape and rounded corners of the iPhone and the shape of its app icons. The court ordered Samsung to pay Apple an initial damage assessment of $1.05 billion.

Despite the reduction, Samsung was still ordered to pay the “total profit” of its infringing Galaxy products to Apple, making up the profit Apple lost in sales to Samsung Galaxy devices.

Samsung petitioned the appeals court to review its decision in June, and said allowing the ruling to stand would “invite overprotection and overcompensation for design patents, free from the limitations imposed in other areas of intellectual property law” and “lead to ‘an explosion of design patent assertions and lawsuits’” — a claim it doubled down on Monday.

“A patented design might be the essential feature of a spoon or rug. But the same is not true of smartphones, which contain countless other features that give them remarkable functionality wholly unrelated to their design,” Samsung said in its petition to the court, which hasn’t heard a case on the infringed appearance of a product, rather than its functionality, in more than 100 years.

Samsung said the ruling “overprotects and overcompensates” Apple, and grants the Cupertino-based company “unjustified windfalls” in determining the value of its infringed patents.

Bret Swanson, visiting fellow at the American Enterprise Institute’s Center for Internet, Communications, and Technology Policy, agreed with Samsung in a statement Monday.

“The prevailing interpretation of design patents and penalties is rooted in the 1870s,” Swanson said. “It doesn’t work in a smartphone world. The Supreme Court should take this case and modernize the notion of damages for ‘total device profits’ for complex products.”

“The court should continue its good work in rebalancing our intellectual property paradigm away from clever lawyering and in favor of true innovation.”

Major Silicon Valley players including Google, Facebook and others agreed with Samsung’s position in a briefing to the court earlier this year, and warned if the ruling was “allowed to stand, that decision will lead to absurd results and have a devastating impact on companies, including [the briefing draftees], who spend billions of dollars annually on research and development for complex technologies and their components.”

Apple responded Monday with a statement saying the company makes “products to delight our customers, not for our competitors to flagrantly copy.”

The Supreme Court could decide to hear the case early next year, putting it on track to hear arguments by fall 2016.