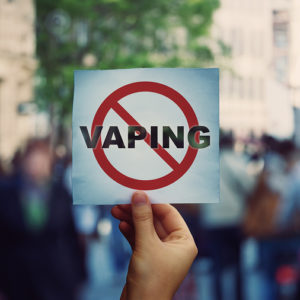 The San Francisco, Calif., board of supervisors voted overwhelmingly to approve legislation that prohibits the smoking and vaping of tobacco products in private, residential, multi-tenant apartment buildings. Supervisors voted 10-to-one in favor of the new ordinance introduced by board President Norman Yee a few weeks ago.

“The problem is smoke easily moves between units, and there is no way to contain it,” Yee told the San Francisco Examiner.

However, smoking cannabis products was exempted from the ban after marijuana advocates lobbied hard against the bill.  The original draft of the ordinance applied to all smoked and vaped inhalants of a recreational nature.

Dr. Michael Siegel, a Boston University School of Public Health professor of community health sciences and longtime anti-smoking activist says the San Francisco ordinance is counterproductive. “The inclusion of vaping in this prohibition is a sign that this ordinance is not merely about health. There is no scientific evidence whatsoever that vaping poses any risks to people in neighboring apartments,” Siegel told InsideSources.

“This ordinance, therefore, appears to be more about lifestyle control than public health.”

The board of supervisors took action on the bill on the evening of December 1. A final reading of the proposed ordinance will take place next week, before the entire board.

Yee’s proposal was presented as a measure to address alleged harms of secondhand smoke and vape aerosol in buildings with more than three residential units, regardless of whether the units are occupied by renters or by the actual owners.

Marijuana advocates argued the ban is harmful to medicinal marijuana patients and is potentially “classist” against low-income individuals who reside in multi-unit apartments within the city limits of San Francisco, issues they said override concerns about second-hand smoke.

Supervisor Rafael Mandelman spoke on behalf of the cannabis lobby, securing a blanket exemption to smoke and aerosol from cannabis-derived inhalants. With this exemption, tobacco and nicotine products are subject to the ban in a city where most of the adult population comprises renters of dwellings in multi-unit buildings — while marijuana is not.

Supervisor Dean Preston was the only member of the board to vote against the proposal at this stage. Preston’s dissent came from his belief that the board should take more time to study the issue and weigh the issues from all stakeholders, including several tenant special interest groups and property owners. Preston moved to postpone the vote, but the motion was defeated.

San Francisco was the first major U.S. city to ban the sale of all e-cigarettes within city limits, citing a temporary need for prohibition until long-term health effects are more apparent and the Food and Drug Administration implements stricter regulations on the products.

Under the new ordinance, the city’s Department of Public Health will be charged with enforcing the ban. Violators, primarily consumers, could face fines of up to $1,000 per day, while actual violations of the ordinance will not face mandatory eviction.

These fines add to the already high cost of housing in San Francisco for renters. For reference, Fortune Builders ranks San Francisco with the highest median rent for a one-bedroom apartment in the country, at $3,500 per month.

David Sweanor, a law professor at the University of Ottawa in Canada, told InsideSources this policy is a mistake.

“This is distressingly illiberal, particularly for a city that has been known for taking relatively enlightened approaches to public health issues,” Sweanor said. “This is a place that has worked to make viable low risk, non-combustible alternatives to cigarettes illegal, and is now looking to punish people for engaging in the behavior such policies force upon them.”

Tobacco control groups are in favor of Yee’s proposal. These groups include local chapters of the American Cancer Society Cancer Action Network and the American Lung Association.