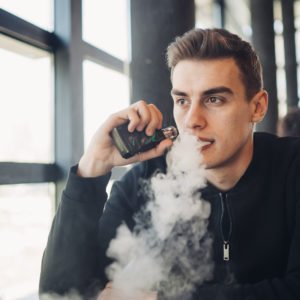 San Francisco’s board of supervisors voted recently to ban e-cigarettes, claiming that the product is too dangerous for the city’s underaged. All that remains is for the mayor to sign the bill, which would go in affect next year. Of course, this would still leave traditional cigarettes legal, which cause 480,000 deaths per year.

Unfortunately, many still believe e-cigarettes are equally dangerous, mainly due to misinformation. If San Francisco is really concerned about the health of its citizens, it should welcome — not ban — e-cigarettes.

Public House England, an executive agency of the Department of Health in the United Kingdom, reported in 2018 that e-cigarettes are 95 percent safer compared to their counterparts. To put that in perspective, e-cigarettes are overwhelmingly safer than smoking your typical Churchill cigar. Paradoxically, no one in San Francisco is proposing we ban cigars or cigarettes.

The New York Times recently published a story about Brittany Klingman, who couldn’t stop her eight-year smoking addiction until her friends introduced her to vaping. After her withdrawal, she could no longer stomach the thought of a cigarette. Banning e-cigarettes would only hurt people, like Brittany, desperately trying to end their addiction.

San Francisco should also be concerned of the harm it will bring on consumers’ wallets. A 2017 study in the Journal for Nurse Practitioners reported that people who switch to e-cigarettes can save between $1,325 to $2,120 per year. That’s only counting the direct costs consumers pay.

R Street Institute, a public policy research organization, for example, ran a report in 2017 estimating the expected savings to Medicaid if people switched to e-cigarettes. The findings show that the savings to Medicaid would be $2.8 billion per 1 percent of enrollees over the next 25 years. This would help tremendously, considering that Medicaid spending reached $600 billion in 2017.

However, if e-cigarettes are safer, cheaper and help reduce dependency on traditional cigarettes, then why are we seeing cities like San Francisco take a hostile approach to them?

One reason could be misinformation. In 2015, the Harvard T.H. Chan School of Public Health released a report showing 32 percent believed cigarettes and e-cigarettes were equally harmful. That number increased to 55 percent in 2017.

With their rise in popularity, politicians shouldn’t ban e-cigarettes out of misplaced fear. For a town that is this considered to be forward-thinking, San Francisco’s total ban on e-cigarettes would be a step in the wrong direction.