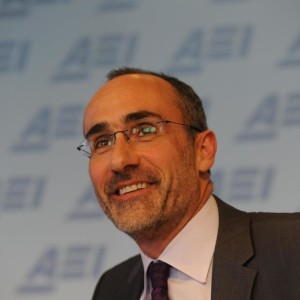 Thursday’s surprise decision by House Majority Leader Kevin McCarthy, R-Calif., to withdraw from the race for speaker has sent Washington into a frenzy. Now there’s a frantic scramble to figure out which Republican will replace John Boehner, who recently announced plans to step down.

Will it be the hard-line Freedom Caucus’ favorite, Rep. Daniel Webster of Florida, or the media-friendly oversight committee chair, Rep. Jason Chaffetz of Utah? What about former presidential nominee (and noted turnaround artist) Mitt Romney?

As of Friday afternoon, all eyes were on his running mate from 2012, Rep. Paul Ryan of Wisconsin, who’s seen as a potential savior but maintains that he doesn’t want the job.

Largely lost in all of this is an unusual but thoughtful proposal from Sen. Ben Sasse, R-Neb., who took to Twitter Monday to offer his own take on the speaker’s race:

HouseSpeaker should b Congress’ chief STORYTELLER -cast the big vision of American exceptionalism; remind nation who we are/what we're about

Elaborating a lengthy “tweetstorm,” Sasse said the speaker needs to be someone who can articulate a vision for the country, with “the ideas of Jack Kemp, the work ethic of Mike Rowe, the resolve of Margaret Thatcher, and wit of Larry the Cable Guy”:

As president of a conservative think tank, the American Enterprise Institute, Brooks is certainly an unorthodox choice. But it’s easy to understand why Sasse finds him appealing. Brooks has emerged as a leading thinker in the conservative movement, recognized as much for his ideas on messaging as his contributions to policy development. As InsideSources has previously noted, Brooks believes conservatives have one major problem with voters: “People don’t know we care about them.”

“I became a conservative because poverty is what I care about the most,” Brooks said in July. He stressed that capitalism had “saved 80 percent of the world’s poorest people from starvation” over the course of three decades in the 20th century.

On Monday, Brooks immediately laughed off Sasse’s idea the he be speaker, joking about a superficial factor disqualifying him from consideration:

I have a lot of respect for @bensasse. Normally trust his ideas. But is America ready for a bald Speaker? I think not.

On Wednesday, though, the think tank leader appeared with Sasse on Glenn Beck’s radio show, and the senator said, “I genuinely think that Arthur would be an incredible speaker.”

Asked to explain his thinking, Sasse outlined his personal criteria for the House’s top job: “Who’s a happy warrior? Who knows how to celebrate earned success? Who knows how to talk about fighting for people, not just against bad programs?”

The senator argued then that Republicans needs to “cut through a lazy media portrayal that the fight is between ostensibly number-obsessed Republicans versus genuinely compassionate Democrats.”

“The guy that kept coming to my mind, as I was watching Sunday night football, was Arthur,” he said. “There’s nothing in the constitution that requires you to have a speaker who’s an elected member of Congress, and I don’t think anybody’s a better storyteller about the meaning of America right now.”

In response, Brooks joked that Sasse “is drinking too much beer when he watches Sunday night football,” but praised the senator for the broader points he raised.

“Ben’s talking about what leadership should really look like a step away from the presidency of the United States,” he said. “The speaker speaks for the American people.”

Brooks also said Sasse is future of the Republican Party: “He’s not an anger guy. He’s not an envy guy. He’s an aspiration guy. He’s somebody who truly understands what it means to be a happy warrior.”