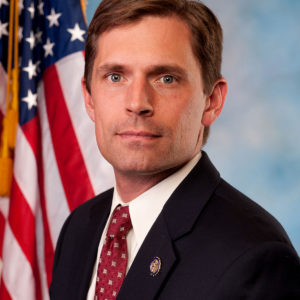 U.S. Sens. Martin Heinrich and Tom Udall became the third and fourth members of the New Mexico Congressional Delegation to support the Green New Deal (GND), but opponents are vehement that support for the energy proposal would devastate the nation’s fossil fuel industries — including oil and gas — the Land of Enchantment’s top moneymakers.

Both announced their decision last Friday, as students worldwide marched for climate change action, including in several cities and communities in what was called the New Mexico Youth Climate Strike. Fellow New Mexico Democrats — U.S. House Assistant Speaker Ben Ray Luján and U.S. Rep. Deb Haaland — endorsed the GND months ago. The proposal calls for the U.S. to switch to 100 percent renewable energy in 10 years.

“I’m supporting a Green New Deal because this rising generation of activists understands what we’re up against, and is willing to propose the kind of bold changes that equal the scale of that problem,” Heinrich said. “Unlike previous generations who have delayed and denied climate change, I strongly believe these young people are going to be the critical catalyst for solving this issue.

“I’ve spent my entire adult life working to protect some of the wildest public lands in New Mexico — places I truly love,” the senator said. “And I’ve seen them change in the face of a warming planet. I’ve spent decades working to build a renewable energy economy. But the progress that we’ve made simply hasn’t kept pace with the speed and the scale of the warming that threatens our very existence.”

“13 years ago, I introduced one of the first bills ever to reduce greenhouse gas emissions in the House. 13 years later, we’re still fighting,” he tweeted. “I’ve intro’d a national standard to put us on the immediate path to carbon-free electricity by 2050 — the aggressive approach we need.

“And I support the #GreenNewDeal. We need a comprehensive, clear-eyed approach to beat this existential crisis.”

Robert McIntyre, a spokesman for the New Mexico Oil and Gas Association, said the Green New Deal would be “devastating” for New Mexico and it was a shame the New Mexico senators would turn the issue “into a political stand.”

“It would be catastrophic for New Mexico and New Mexico families, because our state relies so much on the oil and gas industry,” McIntyre told InsideSources. “It would decimate funding for public schools, for the state budget.

“It is fundamentally disappointing that [the senators] would choose to make a political stand over putting New Mexicans first and over putting the jobs of 100,000 New Mexicans first,” he said. “We have certainly worked here as an industry to reduce our [carbon] footprint, to reduce emissions and we are responsibly protecting the environment alongside the production of energy.”

The Senate earlier this year voted 57-0 against the GND bill. Senate Majority Leader Mitch McConnell rejected it as a “far-left science fiction novel,” according to the Albuquerque Journal. Heinrich and Udall voted present. At the time, Heinrich called for a climate change debate.

Power the Future, an energy advocacy group, also criticized the senators’ endorsements and the Green New Deal as a whole.

Power the Future Western States Director Larry Behrens agreed that the senators endorsements on the day they did “was completely political” and their “newfound support… had everything to do with politics and appeasing [their] special interests.”

“[They] had a chance to vote for this… but they voted present, as opposed to voting for the Green New Deal” Behrens told InsideSources. “We looked at New Mexico and four other states and what we found in order to comply with everything that’s in the Green New Deal — retrofitting homes, retrofitting cars and everything — it would cost the average household in New Mexico $72,000 in the first year and I want to say it’s 40,000-plus a year after that.

“So it would be an astronomical cost for New Mexico to implement the Green New Deal,” he said. “[They] had a chance to vote for it and [Heinrich] went and said that ‘it was a political stunt,’ to vote for it. And I think only in Washington would they think that someone bringing your bill up for vote and then you calling it a political stunt makes sense.”

In July, a Competitive Enterprise Institute (CEI)  and Power the Future report said New Mexico would have to retrofitt about 1.8 trillion square feet of residential structures at a cost of $352.7 billion to comply with the GND. New Mexico households would face $71,910 in the first year of its enactment.

“The Green New Deal is a radical blueprint to de-carbonize the American economy by refashioning how we grow food, move people and goods, source and distribute electricity, and build the structures where we live, work, and play,” CEI President Kent Lassman said, noting that of the co-sponsors in the U.S. Senate, none voted for the Green New Deal when given the opportunity.

At the time, a Luján spokeswoman criticized the report.

“The Competitive Enterprise Institute is backed by climate change skeptics who have no interest in putting forward solutions to the climate crisis,” spokeswoman Lauren French told InsideSources. “They have a financial interest in knocking down bold policy proposals like the Green New Deal that threaten their bottom line.”