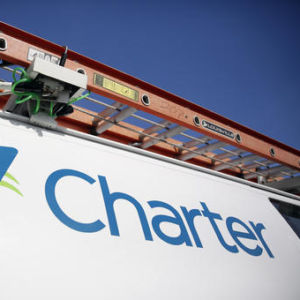 Senate investigators exposed a number of fraudulent billing and poor customer service practices by some of the nation’s biggest pay-TV providers Thursday, who were on hand to get a grilling from lawmakers during a hearing in the upper chamber.

Republican Sen. Rob Portman of Ohio and Democrat Sen. Claire McCaskill of Missouri — the chairman and ranking member of the Senate Homeland Security and Governmental Affairs Permanent Subcommittee on Investigations — released a report Thursday that found Time Warner Cable and Charter Communications consistently neglected to refund customers after they were overbilled for renting set-top boxes.

“Throughout the time period examined by the subcommittee, Time Warner Cable and Charter made no effort to trace equipment overcharges to their origin unless customers specifically asked them to and did not provide notice or refunds to customers,” the report reads.

According to the report, Time Warner Cable overbilled customers an estimated $639,948 between January and April 2016, and will cost consumers almost $2 million in incorrect charges by year’s end. Charter reported to the subcommittee it overbilled customers by at least $442,691 every month, and has yet to calculate a complete estimate.

“During the time period examined by the subcommittee, Time Warner Cable and Charter Communications — who have just recently merged with each other — made no effort to trace equipment overcharges they identified and provide refunds to customers,” Portman told a handful of pay-TV executives on hand to testify during a subcommittee hearing on the report’s findings Thursday. “Instead, their practice has been to just pocket the past overcharges.”

The Federal Communications Commission approved a merger of the two cable providers, two of the largest in the U.S., earlier this year. Kathleen Mayo, Charter’s executive vice president for customer operations, said Charter is working to revamp its refund policy.

“Our audit into over-charges over the past 9 months determined the existing systems were more than 99 percent accurate,” Mayo told the subcommittee. “Out of 11 million boxes, we’ve found approximately 63,000 boxes, less than 1 percent, where customers were overbilled.”

Mayo added the company plans to gift affected customers a one-year credit, while the report said the combined companies are working to put in place measures to stop overbilling.

“Rather than simply disconnecting the service online, customers must either visit a retail store or call and speak to a company’s ‘retention’ agent,” the report reads. “As stated in a Time Warner Cable training document, the goal of the retention agent was to ‘do the opposite of what the customer is calling for. If the customer is calling into cancel, your goal is to not cancel the services! And if the customer wants to lower the bill, you’re going to try to avoid that, and perhaps even raise the bill!'”

The same report found all companies investigated have raised their prices since 2011, with some packages going up by as much as 33 percent. Companies were also unsuccessful in alerting their subscribers to price increases, with DirecTV successfully notifying only 16 percent of customers in 2013.

McCaskill took the hearing to a personal level, recounting how two years ago the senator discovered she was paying $10 for a service included in her provider’s basic package.

“I said, ‘Well, were you going to tell me this?’ They said, ‘No you have to call in and ask,'” she recalled. “If I hadn’t called in and asked, that $10 could still be on my bill today based on the billing practices of the companies represented at this hearing.”

“Nobody knows how to get the best price from you,” she told executives. “That is the kind of stuff that is driving people through the wall.”

Both reports were conducted over the last year. Lawmakers plan to wrap up their investigations by fall.