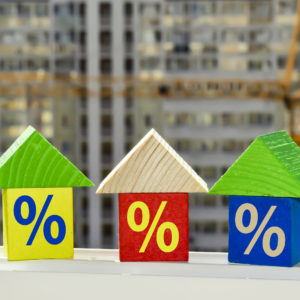 When Sen. Dan Feltes, D-Concord, introduced a bill Wednesday, he sought a $25 million appropriation to the state’s affordable housing fund. Instead, he’s walking away with $5 million at best.

Senate Bill 94 would have put $25 million in the NH Housing Finance Authority’s Affordable Housing Fund to do what its name suggests — create more affordable housing for Granite Staters.

“This is a competitiveness issue,” Feltes testified before the Senate Capital Budget Committee. “We have to think about housing. I think, quite frankly, if there is one bill that’s a top priority, this is it. We have to do something right now and something significant.”

This funding mechanism isn’t anything new. It’s been around since its creation in 1988, under former Republican Gov. John H. Sununu, to be a revolving loan fund that provides low-interest loans and grants to build, rehabilitate, or acquire affordable housing. It’s first appropriation was $4.5 million. Since then, there have only been a few times when the Legislature has added cash to the fund. The fund didn’t see another dime until 2002, when $5 million was added to it.

The appropriation last year came to fruition on Tuesday where city and state officials broke ground for the Families in Transition’s Family Willows Substance Use Treatment Center and Recovery Housing in Manchester. The expanded treatment center and recovery housing focuses on women, and mothers with children dealing with the opioid crisis. It’s expected to provide treatment for about 400 women. Gov. Chris Sununu and U.S. Sen. Maggie Hassan attended the groundbreaking ceremony.

Without affordable housing in the state, people have trouble finding a place to live and workers end up living farther away from their jobs. Sometimes that’s too much for employees, so companies are left with an inadequate workforce, and without a strong workforce, or affordable housing, the state won’t be able to convince businesses to come and set up shop.

“You’ll hear about how we need a stronger workforce and affordable housing to keep the young working families that are demographically and economically needed as we move forward,” Feltes said.

Feltes is right. Lawmakers have heard testimony and had meetings from advocacy groups, government agencies, and political experts on how New Hampshire’s aging population will impact housing, transportation, and health care costs.

Already, workers are feeling the crunch of high housing costs, spending approximately 60 to 75 percent of their income on housing each month, according to Elissa Margolin, director of Housing Action NH, a coalition of organizations and businesses advocating for expanded workforce and affordable housing options.

Currently, the statewide median rent in New Hampshire is approximately $1,206 a month, she said, which is a 15 percent increase from five years ago. The vacancy rate, a factor in what’s driving the rising rents, is at 2 percent statewide and about 1 percent near the larger job centers.

The Granite State has already fallen behind the rest of New England and most of the country in terms of providing funding for affordable housing.

In Maine, which has a similar population size to New Hampshire and similar workforce challenges, regularly funds its trust fund through their real estate transfer tax, with about $6 million invested annually. In 2009, a $50 million bond was approved, followed by another $15 million bond in 2015.

Connecticut and Massachusetts have also recently appropriated hundreds of millions of dollars a year to affordable housing.

Dean Christon, executive director of NH Housing Finance Authority, said the fund gives them “a lot of flexibility into how these dollars are being used.” They can be spent on housing from homeless shelters to senior housing to workforce rental housing.

David Juvet, senior vice president of public policy for the NH Business and Industry Association, said for the businesses he talks to, workforce and housing are the top issue for them.

When asked by Sen. David Watters, D-Dover, if the state should have “some skin in the game,” he responded that “there is some legitimate policy reason why the state should be involved with helping to assist economic development.”

The issue of affordable housing, workforce development, and business competitiveness of the state is usually a bipartisan issue. Everyone wants to see New Hampshire succeed. Affordable housing, especially when it comes to providing relief for the substance abuse crisis, also receives bipartisan support.

So why aren’t Republicans jumping on board? Well, it’s most likely the price tag of the legislation — $25 million can be a hard sell. During the hearing, Senate Majority Leader Jeb Bradley asked a witness if they would the measure if it were a different amount.

The committee also has to tackle a more pressing issue with the unanticipated charge costing the state millions of dollars to convert several state-owned buildings to natural gas after Concord Steam Corp. announced plans to close this year. The Senate Capital Budget Committee will her testimony on that bill in the coming weeks.

Ultimately, the committee unanimously voted on an amendment to changed the $25 million appropriation to the Affordable Housing Fund to only $5 million, and then they recommended that the bill “ought to pass” when it goes to the Senate soon.

Some activists say any little bit can help “move the needle” some more.

“We need the state’s oar int he water to help steer the ship,” said Evelyn Whelton of the Mount Washington Valley Housing Coalition. “A small push at the state level would influence housing growth and send a signal to businesses and those who want to move here, that we are engaged in economic development and are serious about it.”