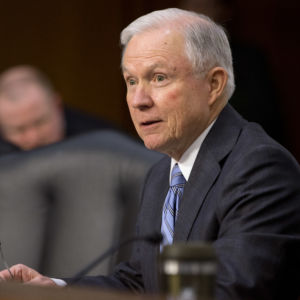 Sen. Jeff Sessions, R-Ala., chairman of the Senate Subcommittee on Immigration and the National Interest, called the administration’s proposed rule change a “brazen, illegal executive action” that amounts to an attempt to subvert caps on visas set by Congress.

The administration defended the 181-page proposal, saying the changes will make it easier for highly skilled immigrants to stay in the United States while waiting for the federal government to address a massive visa backlog.

In a statement issued Monday, Sessions criticized the new H-1B guest worker rules as an overreach by the White House that would undercut American workers, especially recent college graduates, by allowing U.S. firms to hire foreign workers instead at lower salaries.

“The President’s nearly 200-page rule bypasses federal immigration caps, increasing significantly the number of foreign nationals authorized to work in the country above the limits set by Congress,” Sessions said.

The new rules would impact jobs in technology, energy, education and engineering, Sessions said. “Whether young American graduates seeking that first job, or longtime workers seeking that well-earned promotion, countless Americans will now find their chosen careers in jeopardy. Voters want immigration growth halted. The more the governing class ignores these demands the more they lose their authority to govern.”

Sessions has campaigned with GOP presidential front-runner Donald Trump, the outspoken billionaire who catapulted himself over would-be Republican rivals this summer in large part by painting himself as a hard-liner on immigration.

In the rules changes posted to the Federal Register on Thursday, the administration said the “proposed amendments aim to reduce unnecessary disruption to businesses and families caused by immigrant visa backlogs.”

“The benefits from these proposed amendments add value to the U.S. economy by retaining high-skilled workers who make important contributions to the U.S. economy, including technological advances and research and development endeavors, which are highly correlated with overall economic growth and job creation,” the DHS contends.

The public has until the end of February to offer comment on the proposed H-B1 visa changes.

Sessions, who lost his fight to include legislative language restricting President Barack Obama’s immigration initiatives in last month’s omnibus spending bill, said the rules changes will allow the administration to hand out green cards without limit.

The Alabama Republican has been the president’s harshest critic on immigration, slamming the executive actions announced by Obama in November 2014 and railing against White House calls to resettle up to 100,000 Syrian refugees in the United States.

“This lawless action comes at a time when immigration is already at an all-time high.  The total foreign-born population is at record-breaking 42.4 million, having more than quadrupled since immigration caps were raised five decades ago,” Sessions said.

Stymied in his efforts to overhaul the nation’s immigration laws in both Congress and the courts, Obama has asked the Supreme Court to approve executive actions that would provide legal status for as many as 5 million of the nation’s estimated 12 million undocumented immigrants — including the so-called Dreamers, undocumented children raised in the United States, and their families.

The Supreme Court is expected to announce within weeks if it will take up the case this year.