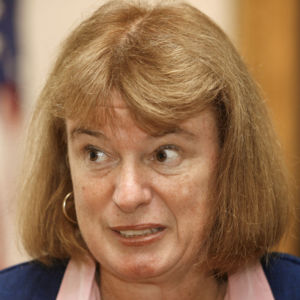 Shea-Porter Says “Impeach Now!” Why Don’t the Democrats Trying to Replace Her Agree?

New Hampshire’s Rep. Carol Shea -Porter has long supported impeaching President Trump. So it was no surprise when, in reaction to his widely-panned performance at the Helsinki summit with Russian President Vladimir Putin, she called for his impeachment yet again. Only this time, her call was turbo-charged:

“I am sickened by what I heard and saw from President Trump in Helsinki…Trump must step down now and spare our people a drawn-out ordeal. President Richard Nixon stepped down for far less than what Mr. Trump has done. And if he won’t leave, Speaker Ryan must call for his impeachment,” Shea-Porter said via Twitter.

The odds are slim that Speaker Ryan will heed her advice, but it is interesting for New Hampshire Democrats to ask themselves if Shea-Porter is speaking for the base. She’s often considered the most far-Left member of the New Hampshire delegation, despite the fact that she represents a district that Trump won (narrowly) in 2016.  Which perhaps explains why many of the 11 Democrats running to replace her have been reticent about their views on the #ImpeachNow! movement.

Two candidates in the NH-01 race have publicly pledged to support impeachment if elected, most notably Shea-Porter’s former staffer Naomi Andrews. (Lincoln Soldati is the other) Interestingly, Andrews’  statement regarding Monday’s summit does not contain the word “impeach.”

Neither do the statements from Executive Councilor Chris Pappas or former Obama administration official Maura Sullivan. Even progressive grassroots candidates like state Rep. Mindi Messmer and Levi Sanders are declining to join the #ImpeachNow movement.

Trump’s performance in Helsinki prompted an avalanche of negative reaction from both sides of the political aisle. Even his allies are struggling to defend his claims of moral equivalence between America and Russia, or elevating Putin’s claims regarding Russian interference in US elections as equal to those of America’s intelligence professionals.

If Democrats in NH-01 are reluctant to support impeachment in this climate, does it indicate that they’re seeing a lack of enthusiasm for impeachment among the voters? National polls have consistently shown that a majority of Americans oppose impeaching President Trump. However, a recent poll shows that 71 percent of Democrats want Trump thrown out of office. And who votes in Democratic primaries?

The challenge for Democrats in the First Congressional District is to be anti-Trump enough to energize primary voters to pick you from a crowded field without going so far that you drive away the independent voters (who voted for Trump in 2016) you’ll need in November’s general election.

The math on impeachment could change at any time. This could become a winning issue for Democrats by November. But the behavior of the candidates who are talking to voters every day indicates that, for now, Carol Shea-Porter is on her own.