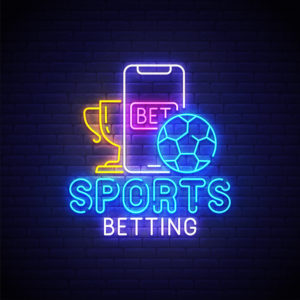 Posted to PoliticsUncategorized January 25, 2021 by Thomas A. Hemphill

On May 14, 2018, the U.S. Supreme Court ruled 6-3 to overturn the Professional and Amateur Sports Protection Act (PASPA), a 1992 law passed by Congress generally barring state-authorized sports gambling. For nearly 26 years, Nevada had been the only state allowed by the federal government to offer a full menu of sports betting options. With this decision, all state governments were finally authorized to establish their own betting rules and regulations, and legal sports betting would have the opportunity to attract a significant portion of illegal and offshore sports betting operations, while properly regulating operators and protecting consumers.

In the two-and-a-half years since the Supreme Court’s decision, there are 19 states and the District of Columbia (cumulatively representing approximately 30 percent of the U.S. population) which legally offer online sports betting (12 states) and/or retail sports betting (19 states). A projected 37 states will have legal wagering by the end of 2023, and 29 of those states will allow bets online, according to gaming industry research firm Eilers & Krejcik, resulting in 60 to 80 percent of the U.S. population having access to some form of sports betting.

While state governments are passing legislation to establish sports betting across America, there have been efforts to enact new federal legislation to regulate it at the national level, as the Supreme Court’s holding did not preclude the federal government from regulating the sports betting industry. In September 2019, Senators Charles Schumer (D-NY) and Mitt Romney (R-UT) began work on a bill with the goal of creating federal standards or guidelines for states that plan on regulating sports betting in the future – a revival of essentially the earlier “Sports Wagering Market Integrity Act of 2018”, sponsored by former Senator Orrin Hatch (R-UT) and co-sponsored by Senator Schumer.

There are areas of concern that may justify enacting federal legislation that ensures a certain minimum level of national “harmonization” of sports betting regulation at the state level. One of these integrity concerns is betting on collegiate and other amateur sports, as there is obviously greater risk in influencing an unpaid collegiate athlete to deliberately adjust his or her performance, versus that of a highly-paid professional athlete. A second area is illegal and offshore betting operations. The American Gaming Association estimates that under PASPA, such operations were taking in $150 billion annually in sports betting from U.S. customers.

An industry regulatory approach, however, is developing, consisting of state governments asserting sovereignty; the option of targeted federal legislation; and an industry self-regulation initiative. Under Federalism, state governments are protective of their right (pursuant to the Constitution’s Tenth Amendment) to experiment creating their own domestic commerce regulatory regimes. The draft bill proposed by Senators Hatch and Schumer appeared to have much of the same Tenth Amendment issues that resulted in PASPA being ruled unconstitutional, including that state governments will have to ask for permission from the federal government to pass their own sports betting legislation. Similar legislation proposed in the 117th Congress will not fare any better than those introduced or discussed in previous congressional sessions.

Over time, the integrity experiences of states that have banned amateur sports betting versus those that have not will provide the evidence for – or against – a national ban being federally enacted. However, this does not mean that narrow legislation should not be proposed and enacted focusing on effectively regulating ongoing illegal and offshore betting activities. This is an issue which is beyond a state government’s jurisdiction, yet negatively impacts the industry’s financial performance and state and federal tax revenues.

In November 2018, a sports betting industry initiative, the Sports Wagering Integrity Monitoring Association (SWIMA) was established by the U.S. sports betting industry. SWIMA has two complimentary goals: first, providing a safe and secure betting environment for consumers, and second, protecting the integrity of sports betting and its related activity, identify bad actors and discourage activities that profit from unfair betting markets. Further, SWIMA allows member sportsbook operators from any state to submit information about suspicious wagers to a central receiving hub and then alert regulators in many states, and not just their own, and will also share information with ESSA, a European self-regulatory sports wagering monitoring association, to identify potential fraud having a possible global reach.

In conclusion, given the contentious relationship between the federal and state governments, this public/private regulatory approach offers a potentially safe, high integrity operating environment for industry stakeholders, while encouraging further economic development of the sports betting industry.