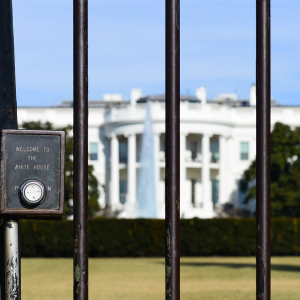 They Still Don’t Get It.

The Secret Service is in denial.

Last week, I authored a news report citing sources inside the Romney campaign that disclosed to me a Secret Service agent had leaked details of the President’s schedule during the closing days of the 2012 election. That story was based on two sources who independently verified what was reported. Others inside the campaign confirm that they saw this schedule but were unaware of its origin. That schedule eventually proved accurate.

I reached out to the Secret Service before publishing. I walked them through what would be stated in the report. They told me they don’t comment on such matters.

So it was surprising that two days after I had posted the story—which in the meantime had appeared on countless other websites (including Drudge, Politico Playbook, and blogs across the ideological spectrum)—the Secret Service chose to speak to Susan Ferrechio of the Washington Examiner in an apparent attempt to muddy the waters and discredit my report.

I unequivocally stand by what I wrote. Unfortunately, the Secret Service remains in denial—doubling-down on their CYA mentality that was on full display in Julia Pierson’s Congressional testimony. That attitude apparently continues to permeate the agency. The Secret Service has chosen to attack my credibility rather than looking themselves in the mirror and admitting they have a problem. The agency has new leadership. They should be looking to correct their errors rather than sweep them under the rug.

A casual reader may easily overlook the key parts of Ferrechio’s report. It’s important to put the agency’s statements in context. There are a number of roles agents may have within the Secret Service. An agent may be assigned specifically to protect the President or Governor Romney. An agent may be responsible for advancing campaign stops. He or she may be based in a field office and be required to assist with stops in a particular region.

A little further context would remind readers that this was very late in the 2012 campaign. President Obama, Vice President Biden, Governor Romney, and Congressman Ryan were all barnstorming key states. And Hurricane Sandy had forced both campaigns to retool their schedules.

The Secret Service seems to recognize these were not normal circumstances. In the agency’s statements to Ferrechio, a spokesperson disputes whether or not this leak occurred, but they would not state that it didn’t happen. They leave the door wide open that it may have happened. A careful reading of their statements essentially says, “We don’t really know what’s going on inside our agency. Rather than trying to figure out the truth, we’ll attack the report’s credibility without actually disputing anything. Hopefully everyone will forget this happened.”

I was disappointed that the Secret Service had initially declined to offer any comment on the story.  I reached out again hoping to know whether the Secret Service would provide a statement without equivocation that they dispute the report. They have not.

As I’ve made clear in discussing this story with the media, I have tremendous respect for the Secret Service. The agency has a long tradition of professionalism, and they are dedicated to making sure those they protect remain safe. My report is one instance where an agent had a serious lapse of judgment, and it is now the task of the Secret Service to fix the problem that I’ve described along with the other errors that we’ve learned about in recent weeks and years. There has been a failure of leadership, and it’s disappointing that whistleblowers in the agency feel more comfortable talking to the Washington Post than to Secret Service leadership.

The agency’s reaction to my report is but one more example of leadership in denial and an incapacity to fix the problem rather than ignore it.