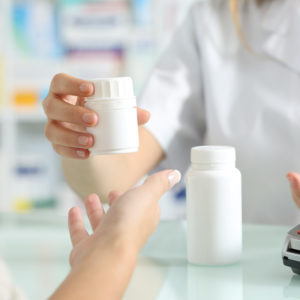 Last fall’s meeting between the Department of Justice and several state attorneys general reminds us that sound antitrust enforcement is not just a federal affair. Although they did not see eye to eye on all the issues, the states were clear that they will not stand on the sidelines.

Much of the recent attention to escalating drug prices has focused on pharmacy benefit managers (PBMs), the drug middlemen, who are driving up drug prices and reducing consumer choice. Unfortunately, federal antitrust enforcement has simply dropped the ball on PBM competition.

The recent approval of the CVS-Aetna deal makes that clear. Over the past decade, the PBM industry has gotten stronger as it has undergone significant horizontal and vertical consolidation, leaving the market with just three large participants — Express Scripts, CVS Health and OptumRx — that cover more than 85 percent of the PBM market.  Thus far, the FTC has opposed efforts by states to adopt sensible regulations.

States have significant advantages over federal enforcers. They are closer to the market and recognize the direct harm to consumers. They have the ability to secure monetary damages. States are often customers and victims of anticompetitive schemes and can bring combined antitrust and consumer protection cases. While each state has limited antitrust and consumer protection resources, states increasingly are using multistate task forces to investigate and prosecute unlawful conduct.

The states have begun to take matters into their own hands. In 2018, more than 80 bills related to PBM regulation were introduced in state legislatures across the country protecting patients against some of the worst practices from PBMs. Even more bills have been introduced this year; so far in 2019 101 PBM bills have been considered in 41 states.

There are clear precedents for state action.  In the past decade a coalition of more than 20 state attorneys general brought a series of cases against the three major PBMs for manipulating the rebate process — switching patients to less safe, more expensive drugs in order to secure greater rebates. Thousands of consumers were prevented from using the drugs they needed and that worked. Ultimately the state cases were settled with penalties and damages of more than $370 million.

The orders in these cases have expired and it seems as though the PBMs have returned to their playbooks of misleading consumers and preventing them from getting the drugs they need. As PBMs are increasingly scrutinized by the federal and state authorities, state AG investigations and complaints must increase.

While historically state AGs typically coordinate with the federal government, they can certainly act alone or along with other states if the Justice Department and Federal Trade Commission fail to do so.

Ohio and other states are preparing to increase their enforcement activities due to the slow progress by the federal government. In July, then-Ohio attorney general and current Ohio governor Mike DeWine put “PBMs on notice that their conduct is being heavily scrutinized, and any action that can be taken and proven in court will be filed to protect Ohio taxpayers and the millions of Ohioans who rely on the pharmacy benefits provided.”

And in March 2018, the new Ohio attorney general Dave Yost filed a lawsuit against OptumRx, seeking to recover $16 million in overcharges paid to the OptumRx by the Bureau of Workers’ Compensation. A report found that the PBM overcharged the state and violated its contract by failing to adhere to agreed discounts on generic drugs.

In February 2018, Arkansas attorney general Leslie Rutledge opened an investigation into CVS Caremark’s reimbursement practices after reviewing complaints of plummeting prescription medication reimbursement rates paid to local pharmacies. She is concerned that the PBM’s “reimbursements do not cover the actual cost of the medications.”

If the local pharmacies’ prescription reimbursement rates are lower than their costs to purchase the drugs, they may eventually have to close their doors, which in turn, harms patients.

Fortunately, state attorneys general are there to protect consumers and competition and they have tremendous interest in controlling drug spending. States are clearly victims of these PBM schemes as significant drug price increases take a substantial amount out of state budgets. State attorneys general have the tools and need to use their enforcement powers to stop the egregious practices that are currently harming consumers. They are essential to protecting consumers and making the market work.