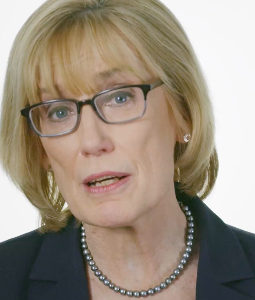 As the holiday season approaches, New Hampshire families have the opportunity to celebrate with loved ones as well as talk about and speak up for family and friends affected by opioid addiction. To support these efforts, the Stop Opioid Silence campaign is reactivating its public service announcements to empower people to break the stigma and shame associated with opioid use disorder and begin the road to recovery.

New Hampshire is one of the top five states in the country hit hardest by the opioid crisis, according to the Centers for Disease Control and Prevention. The Stop Opioid Silence campaign in New Hampshire leverages the powerful voices and leadership of U.S. Senators Jeanne Shaheen and Maggie Hassan to inspire Granite Staters to share their stories, and to speak up for themselves or family members in need of help.

With 488 New Hampshire residents dying of drug overdoses in 2017, Stop Opioid Silence is running ads on Facebook to encourage people to speak out about the crisis. The Facebook ads connect people to information and resources, such as the video from the New Hampshire Senators and a safe forum to share their stories about addiction and recovery.

“The holiday season can be particularly emotional and lonely for individuals and families struggling with addiction.  By sharing the stories of people impacted by opioids, we not only raise awareness of the magnitude of this crisis but we also help to shatter the silence that surrounds this disease and prevents so many from getting the help that they need for themselves or a loved one,” said Marcia Lee Taylor, Executive Vice President of External and Government Relations at Center on Addiction, “We are proud to be working with Facebook as well as Senators Shaheen and Hassan to reduce stigma and shame and connect people to resources and support.”

Stop Opioid Silence was created by Facebook and the Partnership for Drug-Free Kids + Center on Addiction — a leading national nonprofit working to transform how the nation addresses addiction. The organizations have teamed up to launch stopopioidsilence.org and a “Get Help” messenger bot which connects people all over the country, including Granite State residents, with information about addiction and treatment, recovery and support resources in their state.

Kevin Martin, Vice President for Public Policy at Facebook stated, “Facebook is committed to supporting the Stop Opioid Silence effort to help address this deadly epidemic in New Hampshire and around the country. Working on such an important campaign with bipartisan Congressional support including Senators Shaheen and Hassan reflects the best of what a community can do.”

By Jill Ebstein on July 11, 2021
I’ve been mourning the loss of my 14-year-old Goldendoodle, Nemo, who we put down in…
Read More
News