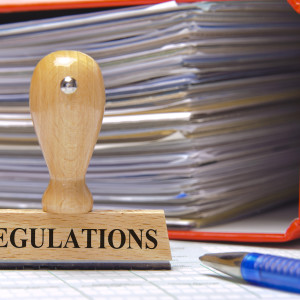 The study was conducted by economists Nicole V. Crain and W. Mark Crain, and it was commissioned by the National Association of Manufacturers (NAM), which represents small and large manufacturers in every industrial sector. Nicole Crain told reporters today that she believes their analysis presents a level of detail not available in previous studies.

The report notes that total regulatory costs on business represent approximately 12 percent of GDP, which NAM argues could otherwise be reinvested in a company and its employees. A manufacturer survey conducted as part of the study offers weight to the claim. When manufacturers were asked how they would reallocate funds if their regulatory burden declined, 63% indicated they would reinvest the money in their company and 22% stated the funds would go to employee initiatives.

Most of the added regulatory costs on manufacturers come from environmental regulations. These costs are set to rise in the years ahead as the Environmental Protection Agency has expanded its rulemaking. InsideSources previously reported on a study commissioned by NAM that indicates tougher EPA ozone standards to be released in December could be the costliest regulations of all time.

Experts in regulatory policy say the new study offers opportunities to further the debate over the costs that regulations impose on businesses.

InsideSources spoke with Sam Batkins, Director of Regulatory Policy at American Action Forum, a center-right think tank. He believes the study shows the need for both parties to seek a path forward on reform. “The topline figure is stunning, but regardless of the exact figure, both parties understand the regulatory system is in need of repair. The procedure for reforming past rules is haphazard and both parties should seek a system that analyzes first and regulates second,” says Batkins.

Robert Litan, a Non-Resident Senior Fellow in Economic Studies at the Brookings Institution, a center-left think tank, tells InsideSources, “This study adds important information about the impact of regulation, whose cumulative impacts on business, large and small, old and new, need to be recognized.”

Jay Timmons, NAM’s President and CEO, indicated on a conference call with reporters that he hopes this study of regulatory costs can help drive debate leading up to the midterm elections and the 2016 presidential race. These regulations are a hidden tax on the economy handed down by unelected bureaucrats, said Timmons. There is a need for a dialogue on the costs imposed on businesses and the undue burden on manufacturers.

The full study is available online. 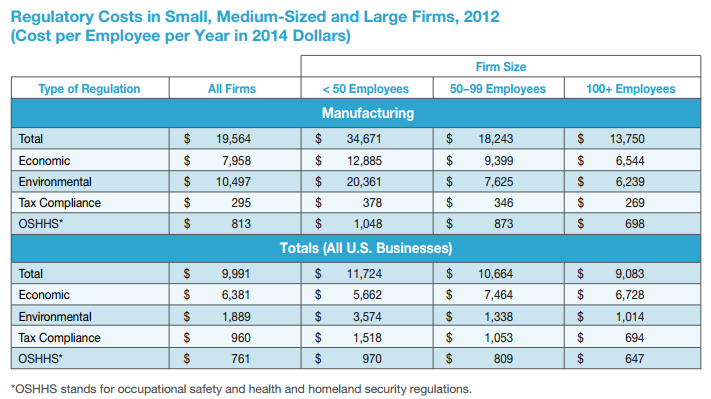 The study’s findings on regulatory costs in firms, by size