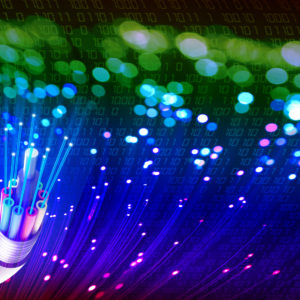 Posted to Technology May 24, 2017 by Giuseppe Macri

Government-run internet networks have a harder time achieving profitability compared to their commercial counterparts, according to a study released Wednesday by the University of Pennsylvania.

Municipal high-speed broadband networks like the one in Chattanooga, Tennessee boasting higher speeds at lower prices than Comcast have been increasingly in the news since 2015. At the time, the Federal Communications Commission voted to let those government-run networks expand outside their territories and compete with private companies, an idea aimed at boosting competition — especially in rural areas that often have one provider for such service.

But communities may want to take a hard look at the math before breaking ground on their own taxpayer-funded fiber, according to Wednesday’s UPenn study. Authors looked at 20 municipal fiber networks from Vermont to Tennessee all the way to California, and the majority won’t even recover the cost to build them.

After looking at the cash flowing in and out of these 20 networks that reported financial results separate from other municipal operations, the study authors found 11 of them are cash-flow negative, and seven would need more than 60 years just to break even.

“Unless these projects substantially improve their performance, they will not be able to cover the costs of current operations, let alone generate sufficient cash to retire the debt incurred to build the project,” study authors Christopher Yoo, a professor of law, communication, and computer science and Timothy Pfenninger of UPenn Law School wrote.

Of the nine cash-flow positive projects, five are currently bringing in returns so small it “would take more than a century to recover project costs” that went into building the networks.

Two of the nine profitable networks would recover their costs in 61-65 years based on current cashflow trends — well outside of the 30-40 years of useful life estimated for an average fiber network. And only two of the 20 projects will recover those costs during the useful lifespan of the networks, “one of which is an outlier that serves an industrial city with few residents.”

While the authors identified more than 88 municipal broadband projects around the U.S., only the 20 examined reported their financial results separate from their municipal power operations. While a small sample, Yoo and Pfenninger said their examples “underscore the difficulty that municipal fiber projects face in becoming financially viable.”

“These results suggest that municipal leaders should carefully consider all of the relevant costs and risks before moving forward with a municipal fiber program,” the study reads. “Underperforming projects have caused numerous municipalities to face defaults, bond rating reductions, and direct payments from the public coffers.”

Yoo and Pfenninger added the financial performance of those projects may improve in the future, and that the “high-level analysis” in their study “may overlook key details that can help explain the results in particular cases.”

“That said, the overall results provide a useful snapshot of the nature and the size of the challenges that municipal fiber projects face,” they wrote.

Financial viability aside, a Pew Research study from April found 70 percent of Americans overall believe “local governments should be able to build their own broadband networks if existing services in the area are either too expensive or not good enough.”

A separate 2016 study from the Taxpayers Protection Alliance shows 64 percent of Americans “oppose local government incurring debt” to build those networks. TPA has also shown the failure of those networks to sometimes become a boon for private companies like Google, which has purchased failing municipal broadband networks and folded them into its Google Fiber high-speed service.

Those networks will have to remain within their municipalities for the time being. A federal court struck down the FCC’s attempt to let municipal networks expand beyond their boundaries last August.