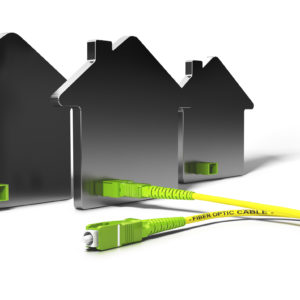 Americans are unsurprisingly divided along political party lines on whether the federal government should subsidize internet for poor Americans, but one new poll shows a majority, including among Republicans, support government-run broadband networks.

That’s representative of the divide in Washington, where the former Democratic majority at the Federal Communications Commission voted last year to add broadband subsidies to its Lifeline program, which provides low-income Americans with subsidies to purchase telephone service.

Republicans in Congress opposed the change because it left Lifeline’s budget uncapped (a status that previously left it ripe for abuse by wireless carriers until reforms were introduced) and Republican FCC Commissioner Ajit Pai — now the chairman of the agency — voted against it for the same reason (he’s since said he supports broadband subsidies, but wants states to decide which providers can participate in Lifeline instead of the FCC).

But Americans broke ranks with Washington on the subject of government-run broadband networks, with 70 percent overall believing “local governments should be able to build their own broadband networks if existing services in the area are either too expensive or not good enough.”

Democrats surpassed the overall consensus with 74 percent agreeing they should be allowed compared to 23 percent who said they shouldn’t be allowed. Even still, 67 percent of Republicans and Republican-leaning independents agreed, while 31 percent disagreed.

“Broadband has been a high-profile issue in the early days of the Trump administration,” the Pew report reads. “In February, the new FCC chairman, Ajit Pai, scaled back a broadband subsidy program for lower-income Americans. And last week, President Donald Trump signed legislation that repeals a number of broadband privacy regulations.”

Republicans nationwide differ on the government-run broadband front from the conservative consensus in Washington, where Pai voted in 2015 against an FCC order to let municipalities in Tennessee and North Carolina expand their own networks outside their territories, a violation of both states’ laws and many others across the country.

At the time, Pai described the FCC’s decision as a violation of state sovereignty and an unlawful expansion of its authority. At the same time, he took “no position” on “the merits of any particular municipal broadband project,” opting instead to leave “to voters and elected officials.”

Conservative advocates like the Taxpayers Protection Alliance (TPA) make their views less obscure, publishing reports on failed municipal broadband projects that have cost taxpayers billions, and describing Democratic support for the projects as a guise to give Silicon Valley darling Google a cheap means of expanding its own business.

Last July, TPA conducted it’s own poll of 800 respondents, 64 percent of whom “oppose local government incurring debt to provide a high speed internet network,” while 23 percent supported government-run broadband networks. Of those, 82 percent of Republicans and 54 percent of Democrats were opposed, compared to 11 percent and 34 percent respectively supportive. Neither poll asked respondents whether they supported or objected to the idea of government-run networks without a caveat.

Republicans in Congress including Tennessee Rep. Marsha Blackburn, who chairs the subcommittee charged with overseeing the FCC, have also spoken out against the FCC’s move to pre-empt those laws.

Some of the largest broadband providers led lobbying campaigns in states like Tennessee and North Carolina to pass laws that essentially bar municipalities from competing, according to former FCC Chairman Tom Wheeler.

The FCC’s order was struck down in federal court last August, but Democrats in the Senate led by New Jersey Sen. Cory Booker are working on legislation to ban states from passing restrictions on municipal broadband.