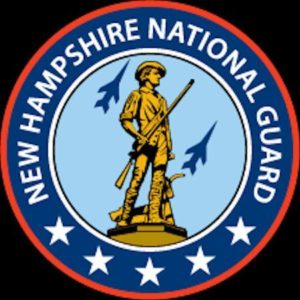 “Ensuring a peaceful and orderly transition of power is of paramount importance to our nation,” Sununu said. “With this authorization, the men and women of our New Hampshire National Guard will be deployed to our Nation’s Capital to protect and defend democracy. The NHNG is among the best of the best – and I join the people of New Hampshire in praying for them as they take on this critical mission.”

According to a statement from the governor’s office, Sununu is responding to a request from the National Guard Bureau to send approximately 50 soldiers and airmen to Washington, DC, for the upcoming Presidential Inauguration.

“We are honored to be a part of such a historic and time-honored tradition, “ said NH Adjutant General David Mikolaities. “Our guardsmen and women are trained and prepared to support our federal and civilian partners in whatever capacity necessary. They are committed to upholding the values and ideals of our nation’s democracy.”

Concerns over politically-motivated violence have been rising steadily since the ransacking of the Capitol by a mob of Trump supporters in which at least five people died. Many Republicans have denounced Trump’s behavior and 10 voted in favor of his impeachment, Other Republicans have warned the impeachment vote — particularly so late in the presidency that the trial won’t happen until after he leaves office — will simply stoke the same anger that led to last week’s attack.

The New Hampshire National Guard will be sending soldiers from the 160th Engineer Detachment as well as airmen from the 157th Security Forces Squadron. These soldiers and airmen will be transported to Washington, DC on a KC-46 refueler based at Pease.

In addition, the New Hampshire Air National Guard is also providing three KC-46 refuelers to transport military personnel and equipment from other states to Washington, DC, the Sununu administration reports.