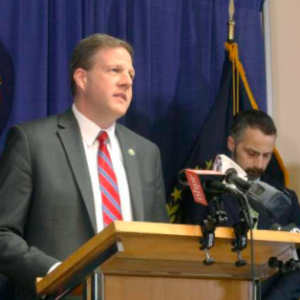 The University of New Hampshire’s latest poll released Friday shows Gov. Chris Sununu has a 61 percent approval rating for his handling of the coronavirus outbreak — among Democrats.

“As the state and country struggle to deal with the coronavirus situation, a majority of New Hampshire residents disapprove of how President Donald Trump is handling the situation,” the UNH Survey Center reports. “However, nearly three-quarters approve of Governor Chris Sununu’s performance dealing with COVID-19 in New Hampshire.” 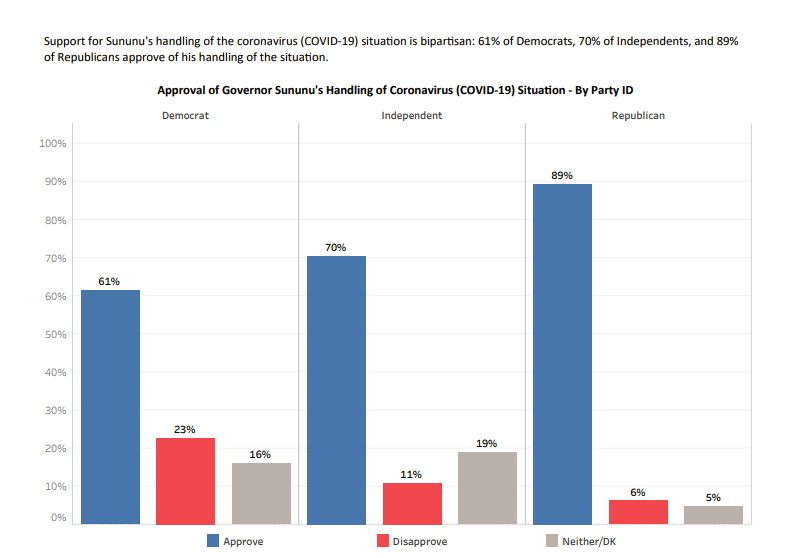 The New Hampshire governor’s overall approval is 73 percent. While Sununu’s 89 percent approval from his fellow Republicans is to be expected, his 70 percent approval among Independents — and 61 percent from across the political aisle — is politically noteworthy.

“At a time when Granite Staters are fearful of coronavirus and uncertain of the future, Governor Sununu has been a steady, decisive leader that our state clearly trusts, likes and relies upon,” veteran NHGOP consultant Jim Merrill told NHJournal. “There should be no partisanship in a foxhole. We are all in this together, and Chris Sununu’s responsible leadership style clearly resonates with everyone — Republicans, Democrats and Independents alike.”

Sununu’s numbers are even more impressive when compared to UNH’s finding that N.H. Democrats disapprove of Republican President Trump’s handling of the outbreak by a jaw-dropping 97 percent. Just 2 percent of Granite State Democrats approve of Trump’s performance — far lower than the 18 percent approval from Democrats at a national level in the new Washington Post/ABC poll — and the 30 percent of Democrats who tell YouGov they are “confident” in his handling.

Earlier this week a new ARG poll found 62 percent of Granite Staters gave Sununu a thumbs up on the coronavirus issue, including 50 percent of Democrats. They also found 41 percent approval for Trump among New Hampshire voters. 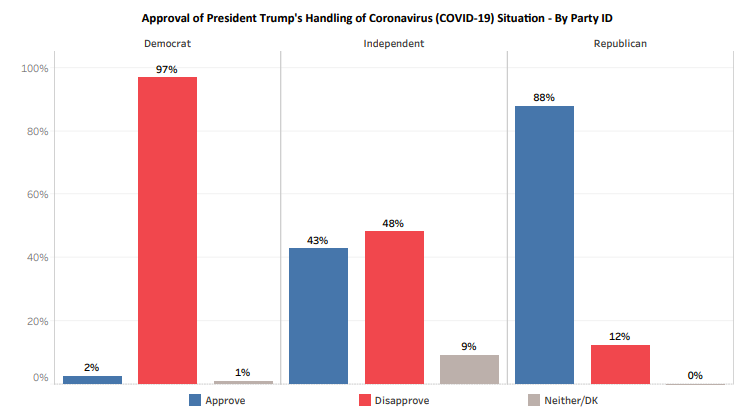 “Governor Sununu has proven that strong, decisive leadership in a time of crisis is the most important test of any elected leader,” says GOP consultant Patrick Griffin. “I have watched this governor through campaigns and as the state’s chief executive and I can tell you his actions and decisions during this time of crisis have nothing to do with politics and everything to do with protecting people he feels a deep, personal responsibility for.

“When we get through this voters will remember competency over anything else.”