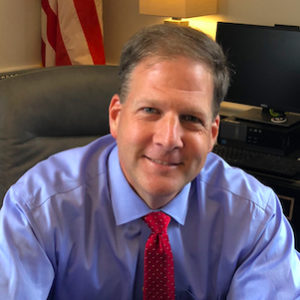 Gov. Chris Sununu finished up the COVID-shortened 2020 legislative session as the big winner. Republicans sustained all 22 of his vetoes, and Democrats gave him yet another opportunity to campaign on the “income tax” issue.

It’s a sequel to Sununu’s successful 2019 Veto Day when he went 23-1, and on many of the same legislative issues.

“I would like to thank the New Hampshire House Republicans and Senate GOP lead by Rep. Dick Hinch and Sen. Chuck Morse for their leadership today,” Sununu tweeted after Tuesday’s session. “Together, they sustained 22 out of 22 vetoes. We stopped an income tax and dozens of radical policies for good this year. Next up: electing a GOP Majority!”

“I think the credit for our unity over the past two years should go to the entire leadership team,” Hinch told NHJournal after the votes. “I made sure we had a team that included people from the entire Republican coalition, every different interest group, to make sure they were heard and part of the team.”

New Hampshire Democrats were less enthused over the results.

“Over the past two years, Governor Sununu has vetoed a record-breaking 79 pieces of legislation, 65 of which had bipartisan support,” Senate Majority Leader Dan Feltes said in a statement. “This year, in the middle of a global pandemic, Sununu vetoed over one-third of the bills sent to his desk, many helping working families, frontline workers, and small businesses. All but four of the vetoed bills this year had bipartisan support and included prime sponsored legislation from every Republican legislative leader.”

Among the most high-profile legislation was Feltes’ own paid family medical leave bill, which mandated payments based on employees’ wages. Sununu and his fellow Republicans describe this as an income tax.

“When given a choice between a real, viable paid family medical leave plan and an income tax, the Democrats unfortunately chose the income tax,” Sununu said in a statement. “As I have repeatedly said, I support Paid Family Leave and have put forward multiple innovative plans to get it done that are voluntary, affordable, and income-tax free.”

Democrats pushed back by playing the COVID-19 card. “I hope that voters see that even in the middle of a pandemic, with more Granite Staters facing economic insecurity, House Republicans voted to back up Governor Sununu instead of their own constituents,” said Rep. Mary Jane Wallner, a prime sponsor of the legislation.

But Republicans clearly see the tax issue as a winner, while Democrats have yet to demonstrate there is any great demand for a state-mandated payroll-tax-based medical leave benefit.

The one veto GOP House leaders were concerned about was the net metering bill, which had bipartisan support. “Once that went down, I knew the Democrats were going to have a bad day,” one House GOP insider told NHJournal.

In fact, some GOP House members argued that the outcome of today’s veto session was set months ago when, they say, Speaker of the House Steve Shurtleff and his leadership team reneged on agreements with the minority over how the COVID-shortened session was going to be handled.

“Steve’s a good man, he’s a veteran, he’s a good person,” Hinch said. “But the House schedule has been terribly mismanaged the past two years, and he hasn’t kept his commitments. Once he broke his word, and House Republicans realized we weren’t going to be treated fairly, we become more solidified.”

Shurtleff has denied he broke any deals with the minority, but House insiders say he’s been marginalizing the GOP since he took the gavel in 2019.

“When the Democrats got jammed due to COVID in March, they extended an olive branch to Hinch, agreeing to push off some deadlines and work with him on the process going forward,” a source familiar with the negotiations told NHJournal. “Hinch agreed, and then the Democrats went right back to marginalizing the GOP.”

Hinch wouldn’t comment on specifics, merely saying, “I don’t think the Speaker is in charge, I think he’s influenced by his [leadership] team. They take advantage of that.”

“When [Shawn] Jasper and [Gene] Chandler were Speaker, we would go by the minority leader’s office every day and say hello,” Hinch said. “That doesn’t happen now.”

The House source was more blunt: “Today wasn’t a win for Sununu. It was a loss for the Democrats. They treated the minority like [expletive], and it came back to bite them. That’s not how the House used to work.”