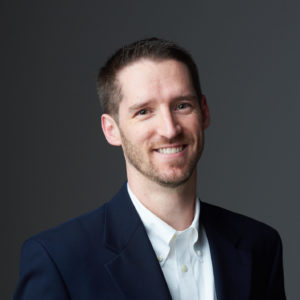 This is good news but it’s no solace to the women and men struggling to make ends meet or keep their small businesses running.

We’re not out of the COVID-19 woods yet. As we rebuild our economy together, we need to remember what made New Hampshire’s economy so resilient in the first place.

For decades, our state economy was fortified by the New Hampshire Advantage. That’s the term Gov. Steve Merrill gave to our unique combination of low taxes, low government spending, and reasonable, non-intrusive regulations. It has allowed working families to thrive and the small businesses that employ them to grow and prosper. It’s a proven formula for success.

Consider the fact that before the COVID-19 pandemic struck, WalletHub reported that New Hampshire had the lowest overall tax burden in the northeast and among the lowest in the country. U.S. News & World Report rated us the second-best state in the nation, number one in economic opportunity. These ratings were the result of prudent policy decisions.

For example, let’s look at taxes.

Gov. Chris Sununu and Republicans in the state legislature fought hard to implement jobs-creating tax cuts for small businesses in 2017. These tax cuts supported jobs. They helped businesses grow and hire more people, allowing them to earn and save. Best of all, the tax cuts worked. The economy grew so robustly as a result of these cuts, state business revenues actually increased.

Unfortunately, that hasn’t stopped liberal politicians in Concord from pushing to repeal those same tax cuts. At a time when hard-working families and their employers can least afford it, folks like my opponent Sen. Kevin Cavanaugh want to take more of their hard-earned money. Think about what that will mean.

Right now the number one challenge Granite State manufacturers face is not having enough people to fill all their open positions. They are desperate for new workers. But raising their taxes will ladle on them a whole new set of problems. It will increase their expenses, eat up their sales revenues, and require them to cut back on hiring, meaning fewer job opportunities for everyone.

What’s worse is that Sen. Cavanaugh refuses to take the Pledge against a broad-based sales or income tax. He actually voted for an income tax in the state Senate. The tax he voted for (HB 712) would have taken money right out of workers’ paychecks.

Thank goodness we have Gov. Sununu at the helm. He vetoed the Democrats’ income tax. I stood shoulder-to-shoulder with Gov. Sununu when I signed that very same Pledge Sen. Cavanaugh refuses to take. In Concord, I’ll continue to work with Gov. Sununu to keep taxes low.

The COVID-19 shutdown disrupted every aspect of our lives and left a scar on our economy. Together we can build New Hampshire back. Let’s do it by doubling down on what we know works. Let’s rebuild the New Hampshire Advantage.

Jason Syversen is a candidate for State Senate in District 16. He is a successful tech entrepreneur, dedicated non-profit volunteer, has six children, and lives in Dunbarton with wife Bethanee.