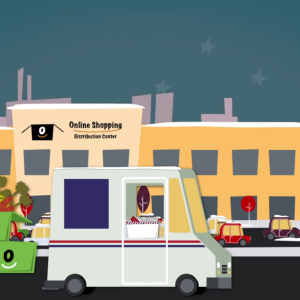 The new TPA video: "Stick To Delivering Our Letters"

A brief update to an issue frequently covered here on InsideSources: postal reform.

David Williams, president of the Taxpayer Protection Alliance (TPA), wrote on InsideSources earlier this month that the United States Postal Service (USPS) could be heading for a taxpayer funded bailout if it did not refocus on its core mission of providing reliable mail service.

Today, the TPA released a new video calling on the USPS to stop costly business ventures and private-market abuse.

According to the TPA, as the USPS has attempted to launch new business ventures, such as partnering with Amazon for overnight grocery delivery, mail delivery has suffered. The average time it takes to deliver first class mail is increasing.

“Our message is clear and consistent: the USPS must stop expanding services into new markets and make good on its obligations to deliver first class mail to anyone, anywhere, at an affordable rate,” said Williams. “Expanding services into the private market is not only wrong because it undercuts private competitors, but because it is coming at the expense of its government-granted monopoly – mail delivery.”

You can view TPA’s new video below.

InsideSources has previously led several important investigations into the actions of the USPS and its regulator, the Postal Regulatory Commission (PRC).

InsideSources was the first to report in October that Sen. Tom Coburn (R-OK) was calling for PRC Chair Ruth Goldway to be replaced after evidence showed she had been making frequent international trips on the taxpayer dime. Goldway was recently replaced.

An investigation from last April found the USPS had taken actions to kill a startup company that was seeking to improve how Americans receive their mail. This led to a Congressional hearing on the issue.