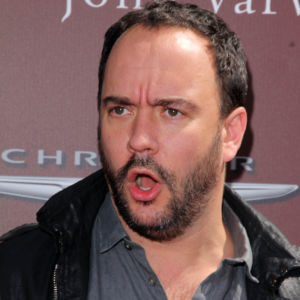 Taxpayers are sponsoring a Dave Matthews concert in North Dakota that is being emceed by a Democratic candidate for Congress.

The concert, “Turnaround: Arts Sings With Standing Rock,” is a program organized by the President’s Committee on the Arts and Humanities. The October 11 event will also feature Mic Jordan, Ledisi, and DJ IZ. It is being held at the Prairie Knights Casino and Resort on the Standing Rock Reservation.

Chase Iron Eyes, the Democratic candidate for North Dakota’s House seat, is set to emcee the event along with actress Alfre Woodard, who is currently featured in the Netflix series “Luke Cage” and has long been active in the Democratic Party.

The President’s Committee on the Arts and Humanities declined to respond to multiple inquiries on whether it is appropriate for a taxpayer-sponsored program to promote a candidate for Congress, nor could the committee provide an answer for how the decision was made to have Iron Eyes emcee. The committee did not respond to a request for the total amount of taxpayer money funding the program.

While it is unclear whether the concert itself is paid for by taxpayers, the President’s Committee on the Arts and Humanities, which organized the event, is taxpayer funded.

The Standing Rock Sioux tribe has lately been in the news for its opposition to the Dakota Access Pipeline. Some observers have suggested environmental activists have hijacked the tribe’s protest because of general opposition to pipelines rather than concern for Standing Rock. The Obama administration has halted development of the pipeline to hear the tribe’s concerns, though the Army Corps of Engineers and the pipeline developer repeatedly sought the tribe’s input throughout planning for the project.