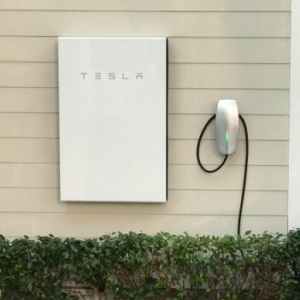 Last winter, sustained temperatures well below freezing pushed the Northeast to set aside its green goals and to burn fuel oil to keep the lights on and houses at comfortable temperatures. The low winter temperatures, which stretched across much of the country and came simultaneously with short, still days, exposed the weaknesses of a fuel mix that focuses overmuch on alternative energy. Despite their experiences last winter, New Hampshire is continuing its commitment to going green and has recently signed a contract with Tesla to install a virtual power plant system in Lebanon, NH using the company’s Powerwall 2 battery technology.

Liberty Utilities, one of the utility companies operating in Lebanon, has filed paperwork with the state public utilities commission (PUC) describing its plan to offer heavily subsidized battery packs to 300 households around Lebanon. The project follows in the wake of similar proposals in Vermont.

Virtual power plants are being explored as a means of combating the intermittancy problem of alternative energy. Homeowners agree to have a battery installed in their house which will charge during periods of peak energy generation, for example, during the middle of the afternoon on a sunny day. This battery is connected to the larger grid, allowing utilities to draw on the stored charge during periods of peak grid demand.

Tesla has boasted that its Powerwall 2 technology will help to reduce carbon emissions by helping to cover outages in renewable energy supply.

So far, deployment has been slow though. Out of the 2,000 Powerwall 2 units to be deployed in Vermont, only about 10 percent have been installed. Vermont utility Green Mountain Power began a pilot program with the company in 2015 before making the partnership permanent and has quadrupling installation since then. Even so, many of its customers have yet to see their Powerwall 2 battery packs.

Now it looks like New Hampshire is following a similar path.

In late March, Liberty Utilites filed paperwork with New Hampshire state authorities to begin a battery storage pilot using the Powerwall 2 technology. Under the terms of the program, 1,000 customers would lease the batteries for either an upfront payment of $1000 or a fee of $10/month for 10 years. Installing 300 batteries was considered to be sufficient to save or defer an estimated $640,000 in substation upgrades.

According to testimony from Heather Tebbetts, a senior analyst for Liberty Utilities, even with these payments, consumers will be able to draw on stored battery power to cover outages of up to two hours without relying on burning fossil fuel. As a result, they would reduce their carbon emissions. Over the lifetime of the batteries, they are projected to save the trial group of consumers $1,817,896.

In her testimony, Tebbetts explained that the program was being explored as a means of meeting the requirements of RSA 374-G, a 2008 state law requiring utility companies to dedicate a certain percentage of their investment to renewables and “distributed energy resources,” a term which includes distributed battery storage.

At the same time, the virtual power plant pilot program shows that New Hampshire is still very reluctant to increase its generation capacity. Energy security has been a topic of debate for the state since deregulation.

“With Eversource recently completing the auction of its power plants, New Hampshire electric distribution utilities no longer have the refuge of generating power if the grid suffers an attack, or natural resources become scarce, or if for some other reason merchant generators are unable to maintain and fuel their plants to provide energy security,” said Tebbetts in her testimony.

“While batteries alone are likely not the complete solution, in the short-term they will play a role in providing energy security for the customers who participate in the program, and as we increase our understanding of their broader benefits, they will serve an important function in supporting energy security to the grid as a whole,” she continued.

The threat of supply shortage is less of a hypothetical than Tebbetts’ remarks may make it seem. During last winter’s bomb cyclone, sustained cold temperatures paired with low alternative energy production forced the northeast to turn to fossil fuel production. Given the lack of build out of natural gas infrastructure, this meant burning fuel oil in many areas.

“All six New England states are members of the Regional Greenhouse Gas Initiative and each state is striving to meet individual renewable portfolio standards along with (statutory or aspirational) economy-wide carbon reduction goals,” he said. “These goals will lead to further constraints on burning fossil fuels in the region during the same time as the region adds more renewable energy to the system.”

However, these attempts are unlikely to help the states when they most need emergency generation, such as during winter storms. In fact, according to ISO’s projections, almost every winter fuel mix scenario for the winter of 2024/2025 projects fuel shortages and a need for emergency action, such as rolling blackouts of voluntary energy conservation measures.

Tesla’s first iteration of the Powerwall sold out quickly, with installations delayed for nearly a year in 2015. However, demand for its Powerwall 2 has been slower. The New Hampshire program has faced some resistance from companies who hoped for more competition in the contract awarding process, but so far has not been challenged by ratepayer groups.