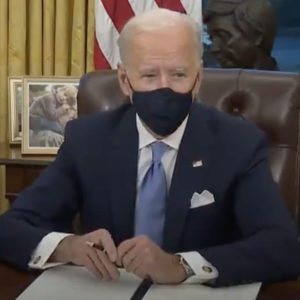 The American Jobs Plan Will Help Small Businesses, Not Harm Them

President Joe Biden’s American Jobs Plan (AJP) is an important step forward for small businesses by providing a clear, bold plan of action to invest in America’s infrastructure that will benefit local economies.  Not only will the AJP bring our nation’s multiple forms of infrastructure to 21st century standards, but consumer demand for small business goods and services will also flourish.

The big question is how to pay for the over $2 trillion plan?

The administration proposes to pay for the AJP with The Made in America Tax Plan (TMATP) that, among other corporate tax changes, would partial-rollback the 40 percent corporate tax rate cut passed in 2017.  The new corporate tax rate would be 28 percent, which would still leave the rate 20 percent below the 35 percent rate just three years ago.

The Penn Wharton Budget Model (Wharton School of the University of Pennsylvania) projects all the proposed corporate tax changes in the TMATP would raise almost all of the cost of the AJP, $2.1 trillion over 10 years.

Opponents of the new corporate tax rate would like the public to believe that it will harm the nation’s small businesses. “(I)t’s a tax increase on small businesses, on job creators in the United States of America,” said one Republican senator.

Yes, small businesses are the real job creators that represent 99.9 percent of all businesses and that have created two-thirds of all new jobs since the 2008 Great Recession.

Biden is also expected to propose raising taxes on personal incomes over $400,000. So, will small business owners personally pay higher taxes under this tax plan?

The 2017 corporate tax cuts masqueraded as a plan to enable big businesses to invest in growing their operations, employ more workers, and pay higher wages. The tax cuts were promised to pay for themselves by bringing in more taxes.

Instead, corporations overwhelmingly used their windfall for record-breaking stock buybacks that artificially inflating the value of their stocks to benefit their shareholders and executives. As a result, corporate income taxes decreased by $100 billion thus increasing the federal deficit by 26 percent.

In fact, big corporations have used legal deductions, tax breaks, and other tax loopholes to lower their effective tax rates to well below the 21 percent tax rate that took effect in 2018. About 400 of the Fortune 500 companies paid an effective tax rate of only 11.3 percent in 2018. Last year 55 of the country’s largest businesses (like FedEx, Nike, and Archer-Daniels-Midland) paid no federal taxes despite bringing in billions in profits.

The AJP’s associated tax changes will begin the process of making large corporations pay their fair share toward all the services of the federal government from which they benefit.

The bottom line is the AJP and its tax provisions will not harm small businesses but instead, through bold infrastructure investments, will stimulate local economies and benefit small businesses that provide goods and services.

The result will be the economic benefits the 2017 corporate tax cuts promised and failed to deliver.