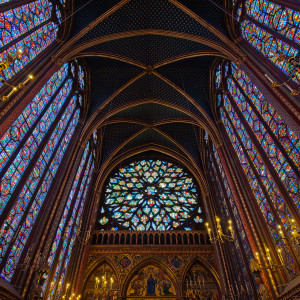 The Greatest Divide in American Politics: Secularists Versus People of Faith

There is a tendency in current political arena to restrict the analysis to differences between Republicans and Democrats, for the most part, to discussion of the divide between conservatives and liberals. There is nothing terribly wrong with this.

There are reasons for the discussion taking place as it does, starting with the fact that these boundaries are entirely consistent with the world view of those conducting it. In particular, that worldview is centered on a secular point of view. This accounts for their reporting on the recent visit of Pope Francis. For the mainstream media, the limits of what most of them could see or understand was which political agenda was being more advanced. It mattered greatly to them that the Pope was seen as arguing for one side or the other at every turn. My opinion is that this interpretation of events had little to nothing to do with the outpouring of emotion, affection, and support for the Pope. I simply do not believe hundreds of thousands of people stood in line for hours as a result of wanting to let the Pope know they agreed with him on fuel standards or auto emissions.

The reason so many Americans wanted to be in contact with the Pope, in my view, is that there is a deep and real spiritual yearning among this large group of people. They want to believe there is a loving God, and that what motivates, animates, and directs the life of the Pope is his deep desire to reflect the love of God.

For those who are dedicated to looking at events and utterances through a lens where faith is either a non-factor, or worse, the enemy of reason (and being reasonable), connecting to a faith-centered viewpoint does not compute.

However, the reality of this divide between a secular and faith-based worldview constitutes the biggest division between voters in America. There has been a lot of recent attention to how many Americans are part of one organized religion or another. No matter how you cut the data, the fact remains the overwhelming majority of Americans (somewhere between 80 and 90 percent) are willing to say they have a belief in God. Whether or not they attend one church or another does not change this.

Without making a judgment, it is also a fact that most secularists are liberal and conservatives tend to be people of faith. What follows is an attempt to give this circumstance some context and texture.

Since the Age of Enlightenment, liberals have been associated with the scientific method, the firm belief being that, sooner or later, an answer could be found to whatever the problem was. To be fair, the Age of Enlightenment did not emerge from thin air. It came about as a result of the Middle (or Dark) Ages. In addition, who can argue that the scientific method has not yielded many results that have been good and benefited all of us? Certainly, I am not debating this point. At the same time, my contention has led to a view that successfully addressing any difficult thing under the sun is nothing more or less than solving another problem. It has resulted in something akin to a “perfectibility of man” way of looking at the world.

For people of faith, who are overwhelmingly more conservative than liberal, the view is different. I do recognize there are plenty people of faith who are liberal. One could even argue that Mainstream Protestants now are more liberal than conservative. That does not change the fact that far more people of faith are conservative than are liberal. Understanding that Christians are not the only faith of consequence in the United States and not meaning to offend those of any other faith, let me take a minute to describe how the Christian worldview is so different than a secular worldview.

For Christians, the belief is that we cannot use reason alone to create a better world. We believe we are a broken people. Only by accepting grace that is unmerited, abundant and sufficient through faith do we have any chance of overcoming our brokenness. When we accept that grace, we are then obligated to reflect it in our every thought, word, and deed. Let it be said early and often that we fail miserably to do it right. However, when we do it right, for us, addressing the ills of the world is more than solving another problem. For us, it is part of Building God’s Kingdom on Earth.

My personal experience is that faith and reason can exist very comfortably. It is also my experience that many secularists, those who are dedicated to the scientific method as almost a religion unto itself, view faith as the enemy of reason.

The bottom line is simple. There is a tremendous difference between people and groups who believe reducing human misery is simply solving another problem and those who believe it is an obligation associated with Building God’s Kingdom. That difference makes differences of strictly a political nature pale in comparison.

Nobody has to break their arms patting themselves on the back for whatever it is that is their worldview. Those of faith need to admit how often we have failed to meet our own standards or spent more time judging others. Those who feel reason alone can get us to where we need to be have to acknowledge what they claimed to be a solution to a problem often been just the opposite.

What would be nice is if those of faith and those adamant in their secularism would take a breath and recognize that so many of our differences begin with where we start.