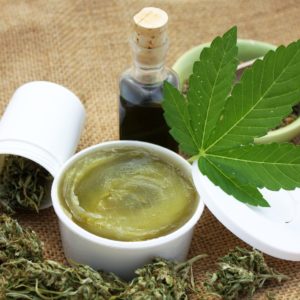 The Green Rush Is Already Here, and We Need Smart Cannabis Policy to Direct It

On October 27, “60 Minutes” ran a report on the failure of cannabis policy in California, specifically the marijuana-rich region of the Emerald Triangle. Though California legalized cannabis beginning in 2017, the region has created a special conundrum for law enforcement and regulators.

The northwestern region of the state, with its ideal growing climate, grows 70 percent of the nation’s cannabis. A good chunk of that, as you can guess, is sold illicitly in states where cannabis is not legal, recreationally, medically, or otherwise.

Much more, 78 percent of all cannabis sold in California is estimated to be grown illegally, beyond the reach of taxes and regulations. Police have seized more than $30 million worth of cannabis, and are spending more time policing cannabis now than when it was illegal. It’s a disaster.

On a recent trip to New York, I saw California brands and products for sale in an illegal dispensary just off Times Square. Supply is liquid and flexible, even if the regulations are not.

And herein lies the problem.

The impressive growth of the national black market of THC cannabis is enabled by its legality in states like California, Colorado, Oregon and Washington, but cemented by burdensome regulation and taxes that discourage consumers from using the legal market.

That’s why we need to transition urgently to smart cannabis policy, one that encourages competition, entrepreneurship, avoids red tape and eradicates the black market.

Consumers know why current policies have failed. States, counties and municipalities view cannabis as a cash crop for public budgets rather than a new consumer product. High taxes at all levels of production and sale, as well as expensive fees, licenses and local prohibitions on dispensaries make it a racket.

Comparing prices alone easily nudges consumers to buy cheaper, illicit products. The same issues plague Canada, which legalized cannabis just one year ago, but where 42 percent of cannabis purchases are outside the legal system. That’s a problem no one in government is addressing, much less discussing.

The regulatory burden faced by growers and retailers alike erects immense barriers to entry, practically guaranteeing the emergence of a new generation of scofflaws not seen since the days of Prohibition. This enables low-quality and sometimes harmful products to reach consumers, without significant testing or verification for pesticides or other chemicals.

California’s problems will soon migrate to Massachusetts and Michigan, cobbling together their regulatory regimes to tackle the green rush but not adapting the lessons learned from the western experience.

The culprit isn’t regulation or taxation per se, but rather an unbalanced and uninformed cannabis policy that puts the state’s tax earnings ahead of the consumer experience.

The same issues are beginning to plague the CBD and hemp market, the non-intoxicating cannabis derivatives quietly legalized via the 2018 Farm Bill.

With little to no clarity from the FDA, states such as North Carolina will ban different forms of CBD, much to the detriment of farmers converting millions of dollars’ worth of fields to hemp production, and to consumers relying on CBD to address anxiety, pain relief and depression. This is a national problem, rather than limited to states with recreational cannabis markets.

This is compounded by the DEA’s Schedule 1 classification of cannabis, more severe than opioids or cocaine, making it illegal for legal cannabis firms to establish legitimate bank accounts, take out loans and offer public shares of their businesses. Not to mention the myriad of issues that force dispensaries to deal in cash for transactions, tax payments and equipment procurement.

Thankfully, Republicans and Democrats in Congress are close to passing the SAFE Banking Act to alleviate these concerns. But bad cannabis policy at the state and local levels still exists. And that’s bad for consumers and entrepreneurs alike.

Nascent cannabis companies should be able to establish brands and consumer loyalty, comply with reasonable and smart regulation, and not face unreasonable tax burdens. That will make the experience much better for consumers, and it’s the only way to eradicate the black market and ensure smart cannabis policy.