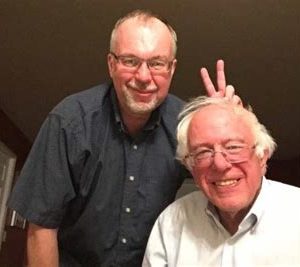 At a Labor Day speech in Manchester,  Sen. Bernie Sanders had a lot to say about President Donald Trump (“pathological liar”), Amazon.com’s Jeff Bezos (“We have one person whose wealth is increasing by $250 million every single day, while he pays thousands of his workers wages that are so low that they are forced to go on food stamps”) and soon-to-be Supreme Court justice Brett Kavanaugh (“I am very much opposed to the nomination.”). But virtually nothing to say about his own son, Levi, who was sitting in the crowd.

“Let me also thank my son Levi, who is here. Levi, stand up.” And that was it. 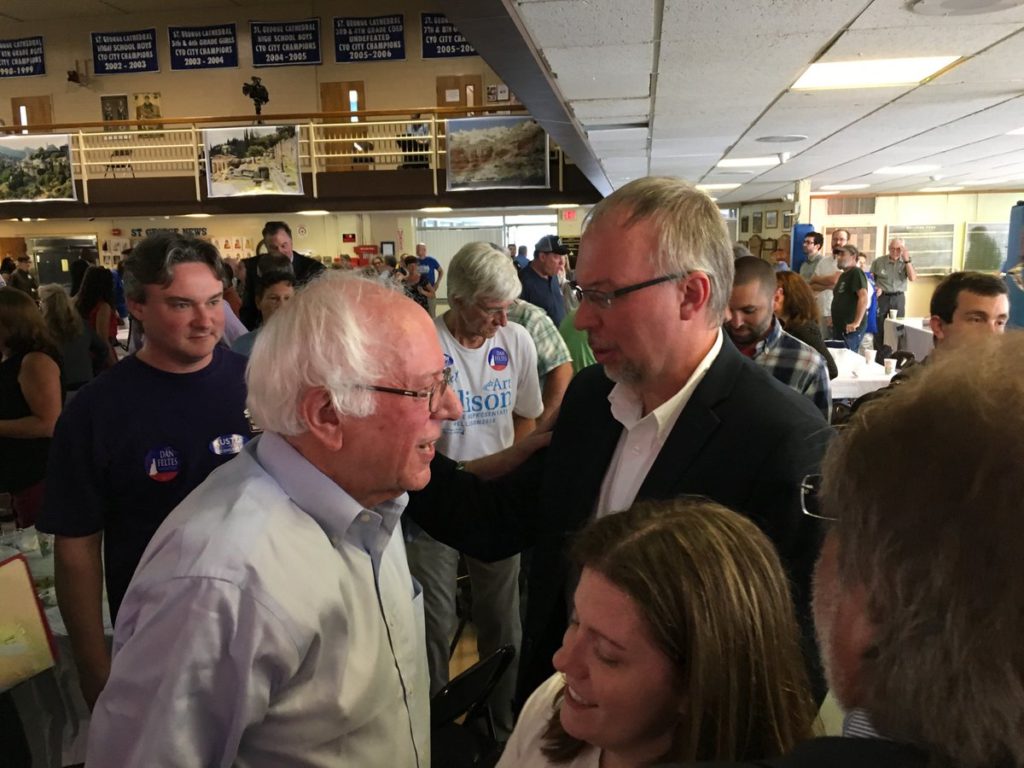 No endorsement, no recommendation, not a single word of praise for the First Congressional District candidate, just a week before the primary. This from the same “Bernard Sanders,” as his son calls him, who has literally traveled across the country endorsing progressive candidates in primary races.

Sen. Sanders crushed Hillary Clinton in the 2016 Democratic presidential primary. His name is often invoked by progressive candidates hoping to inspire the party’s left-leaning base. So an endorsement in an 11-candidate primary could conceivably have a significant impact on the outcome in a race that will likely be won with 35 percent or so of the total vote.

And what about a little of that Bernie Sanders’ online fundraising magic? Could Dad help throw a few bucks his son’s way?  Apparently not. The son of the man who raised $6.3 million in 24 hours has less than $20,000 cash on hand, according to his latest campaign disclosure–which was in June. He has yet to file the legally-required reports since then, according to OpenSecrets.org.

But no endorsement has been forthcoming.  Not for Sanders as his son, or–as Rep. Carol Shea-Porter is doing for her longtime aide Naomi Andrews–an endorsement for Levi as one of the senator’s senior campaign advisors.

Sen. Sanders says it’s a family thing:  “In our family, however, we do not believe in dynastic politics. Levi is running his own campaign in his own way,” he said in a statement earlier this summer. That is likely cold comfort to his son who is struggling to break out in the polls a week before the primary election.

Sanders’ supporters argue that there’s no upside from an endorsement because voters will dismiss it as mere family loyalty. But what about the downside of being kind of dad who doesn’t even endorse his own son?