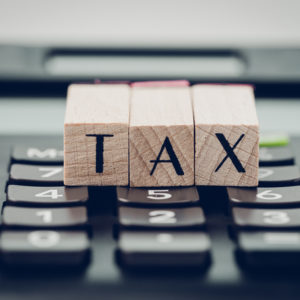 Do New Mexico’s tax laws have too many deductions and loopholes?  Does the state’s tax code promote income inequality? Those are among the questions Gov. Michelle Lujan Grisham has created not one — but two — task forces to answer. The governor’s action is the latest move in the ongoing debate over the fairness of the state’s tax code.

The panels were formed in the wake of a recently updated fiscal impact report of a bill passed in the last legislative session and enacted in April — House Bill 6 (HB 6) — which shows higher taxes for many New Mexicans.

Critics oppose the new law’s 20 percent tax hike on top earners, raising the rate from 4.9 to 5.9 percent on those earning more than $210,000 a year. It’s the first personal income tax increase since 2003 and opponents fear it will scare away businesses as well as highly paid professionals — such as doctors — of whom the state has a critical shortage, especially in rural areas.

According to a new report from the Tax Foundation, New Mexico ranks number 37 out of the 50 states in both state and local individual tax collected per capita ($676), and state and local tax burden (8.7 percent). The top corporate income tax rate is 5.9 percent, placing it at 22 in the foundation’s state business tax climate index.

The committees were formed to make additional changes that should benefit the New Mexico business community and local economic development by identifying mechanisms to boost job creation and retention. They will also provide for a regular venue for communication between the tax department and taxpayer representatives.

Lujan Grisham said HB 6 was intended to reduce inequities in the tax system, but she formed the two panels to judge whether the bill was sufficient. The tax reform package’s “primary goals were fairness and revenue stabilization,” Lujan Grisham said in a statement.

“Tax policy is an important way we express our values as a state and raise the revenue to meet our goals,” Lujan Grisham said. “These committees will study reform measures thoroughly and help us make sure we get it right.

“We chipped away at some of the inequities in our tax system in the last legislative session, and now we need to know if that was enough,” the governor said. “Is our tax system fair to all New Mexicans? Businesses of every size? Is it stable enough to provide consistent revenue to fund much-needed programs? These committees will help provide those answers.”

Taxation and Revenue Secretary Stephanie Schardin Clarke will lead both of the new panels, which are expected to meet quarterly. Each group plans to meet at least once before the Legislature begins its 30-day session in January, a Taxation and Revenue Department spokesman said.

The Tax Policy Advisory Committee will study the strengths and weaknesses of New Mexico’s tax system and its competitive advantages and disadvantages as compared to other states. The group also will identify needed statutory and regulatory improvements. The 12-member committee will include legislators, tax policy experts and representatives from local governments.

The Tax Practitioner Advisory Committee will counsel the governor and secretary on administration and enforcement of the tax code, trends in tax auditing and litigation, and potential process improvements in tax administration. This 10-member group will include state officials, tax attorneys and other industry representatives.

“It is important for tax lawyers, CPAs, and enrolled agents who represent taxpayers in audits, refund claims, and other tax matters to have a regular venue to communicate with the tax department,” Schardin Clarke said. “By listening and learning from one another, we can reduce unnecessary taxpayer burden and improve customer service for all New Mexicans.

“New Mexico is fortunate to have attracted incredibly strong advisers to help guide us as we work to make our tax structure more fair and effective and to improve communication between the tax department and tax practitioners,” she said. “These two groups provide a wealth of knowledge, expertise and diversity of opinion.”