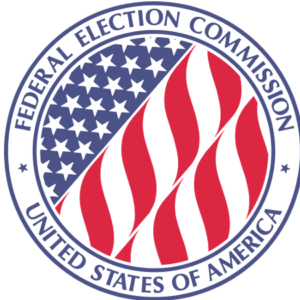 Trainor Confirmation a Win for the FEC, Campaign Finance Law

The Federal Election Commission is back from the dead.

Trainor is now the FEC’s fourth commissioner, allowing the agency to resume operations for the first time since August of last year, when it lost its quorum. FEC leadership has six bipartisan slots, but Trainor’s colleagues are long holdovers of past administrations.

Ellen Weintraub, the FEC’s Democratic commissioner, has been in her post since 2002 —18 years into a six-year term. Indeed, there are Americans voting this November who were born after she was first nominated to that term.

While the campaign finance report processing functions of the FEC have continued, it takes a quorum of at least four commissioners to engage in any “official” activity — from issuing advisory opinions to holding hearings and actually enforcing campaign finance laws.

And, despite Senate Democrats’ obstruction, that quorum has been restored. Some Democrats and anti-speech nonprofit organizations rallied to undermine Trump’s nominee at all costs, but even they couldn’t stand in the way of the law.

The FEC can start by investigating Rep. Alexandria Ocasio-Cortez (D-N.Y.) — the darling of the liberal media. Last year, Ocasio-Cortez and Saikat Chakrabarti, her campaign manager, ran an illegal subsidy scheme that subsidized cheap assistance for Ocasio-Cortez and other Democratic candidates at rates far below market value.

Ocasio-Cortez and Chakrabarti (her former chief of staff) oversaw a shadowy web of political action committees  — namely, the Justice Democrats PAC and the Brand New Congress PAC — that allowed them to raise more cash than they could have legally.

At the center of the web was Chakrabarti’s entity, Brand New Congress LLC. The political consulting firm, which took on Ocasio-Cortez as a client, charged its clients under market value while subsidizing losses with PAC money.

This provided Democrats who signed on to the firm with excessive campaign contributions that violate campaign finance law.

“AOC’ is hardly alone. Later in the year, Rep. Joaquin Castro (D-Texas0 was caught releasing the names and employers of Trump donors in his state, encouraging harassment of those donors. By exposing them (including one of his own donors), Castro also exposed them to rampant bullying and intimidation — online and otherwise.

Although donations are a matter of public record, the donors themselves are entitled to “practical obscurity,” since their names are not easily accessible. Castro violated that longstanding precedent en route to breaking the law.

After withdrawing from the presidential race (but not before wasting nearly $1 billion), Michael Bloomberg transferred $18 million in remaining funds from his defunct presidential campaign to the Democratic National Committee. Every dime of that $18 million came from Bloomberg’s personal bank account, but it is illegal for one individual to contribute such a large sum to a political party.

Bloomberg could expend as much as possible on his own race: Contributing personal funds to his own campaign was the proper and efficient way to expend those funds. But using those same funds to make a contribution to the DNC is outside the scope of the law.

Now that the FEC is functional again, it’s time for the agency to clamp down on such brazen attempts to violate campaign finance laws. Its commissioners must prioritize accountability above all else, sending a message to Bloomberg, Castro, Ocasio-Cortez and other political elites that they are not above the law.

If they are not held accountable, what message does that send to the American citizen, who deserves an electoral system resembling a level playing field?

For too long, the FEC was unable to send the right message — or any message at all. Senate Minority Leader Chuck Schumer (D-N.Y.) consistently refused to honor the tradition of the Senate minority leader recommending names to be nominated to nonpartisan and bipartisan commissions, including the FEC.

The agency has traditionally filled two seats at the same time, pairing a Democrat and a Republican, each recommended by the leaders of their respective parties — the president and the opposing party’s Senate leader.

However, Schumer delayed making any serious nomination to fill the Democratic vacancy at the FEC or replace the existing Democratic commissioners on long-expired terms.

Fortunately, those days are behind us. However, we can only expect better days ahead if the FEC turns its restored mandate into meaningful action.