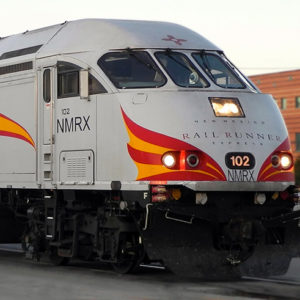 Transit Is Dying — Let’s Give It More Money!

Enacted in 1999, the bulk of the revenue from Albuquerque’s “one-quarter of one percent transportation infrastructure gross receipts tax” pays for “road infrastructure improvements.” But more than a third of the loot makes its way to the city’s transit department (“Our Mission: To Be The First Choice in Transportation Services for the Albuquerque Metropolitan Area”), which operates both fixed-route buses and paratransit vehicles.

Voters’ renewal of the levy wasn’t surprising. As The Onion put it nearly two decades ago, “98 percent of Americans support the use of mass transit by others.” There’s always been a cavernous chasm between public opinion and the reality of government buses and trains. It’s unfortunate and frustrating, but the disconnect remains firmly in place, despite the undeniable phenomenon that has come to be known as the “transit death spiral.”

Scholar Randal O’Toole has looked at the numbers, and concluded that the “outlook for the transit industry is dire.” In 2018, commuting’s ridership share continued its downward trend, dipping from 5.27 to 5.20 percent. “More worrisome,” O’Toole noted, “the actual number of transit commuters declined nationwide from 2017 as the low-income commuters leaving transit outnumbered high-income commuters taking up transit.”

What’s true for the U.S. is true for the Land of Enchantment. Between 2013 and 2017, “Santa Fe Trails” saw its “customers” drop by more than 7 percent. The decrease for Farmington’s “Red Apple Transit” was more than 8 percent. Ridership for “RoadRUNNER Transit,” in Las Cruces, fell by 29 percent.

Earlier this year, the Legislative Finance Committee issued a deep dive into the disaster that is the New Mexico Rail Runner Express, which journeys between Belen and Santa Fe. “Owned by the state and operated by Rio Metro Regional Transit District through a private contractor,” the commuter line has experienced a truly epic cratering of passengers. Ridership “totaled 787 thousand trips in FY18, 37 percent below the peak of 1.2 million in FY10 and the lowest level since service was extended to Santa Fe in FY09.”

And the cost of the Rail Runner fiasco? From inception through the next decade, debt service alone is expected to be “about $723 million.” Forty-four percent of operational expenditures are furnished by — you guessed it — “a one-eighth percent [gross receipts tax] increment in Bernalillo, Sandoval, and Valencia counties, as well as a portion of a corresponding increment transferred from the North Central Regional Transit District.” Another 44 percent is from Uncle Sucker, with fares supplying a paltry 6 percent of day-to-day expenses.

Getting back to Albuquerque, in June, O’Toole ranked the city as having the second-worst-performing transit system. (“LADOT Transit” landed at the very bottom.) An appalling 16 percent of its seats are occupied at any given time, and while the U.S. figure for farebox recovery is 36 percent, passenger contributions meet a mere 7 percent of operational costs for “ABQ Ride.”

Between 2014 and 2018, total trips tumbled by more than 25 percent. And “public” transportation’s share of the commuting market in the Duke City is 2 percent — well less than half the figure for the nation.

None of those statistics mean anything to the city’s elected officials, “planners,” climate hysteric, and unionized transit employees. Albuquerque’s government buses aren’t going away. They’re getting new siblings.

It would require a separate column — or two, or three — to begin to adequately document the disaster that is “Albuquerque Rapid Transit.” Suffice it to say, the system is about to commence service along the city’s Central Avenue, which is the “the largest part of Route 66 in an urban area.”

Unwanted by the populace, begotten by the last mayor (a Republican), continued by the current mayor (a Democrat), and soon to be a colossal annoyance to drivers, the dedicated-lane busway may have enough awfulness to push Albuquerque to the very bottom of O’Toole next assessment.

Born in sin — a few weeks before the vote to create it, the city’s water bills claimed that “75 percent of Albuquerque’s streets are deteriorating,” and reminded recipients to “mail in your ballot to the City Clerk by March 31, 1999, for the quarter-cent transportation initiative” — the tax was reapproved by almost 65 percent of voters in 2019.

So the transit subsidies will continue to flow, courtesy of hundreds of thousands of taxpayers for whom government buses are as practical a transportation option as hang gliders.