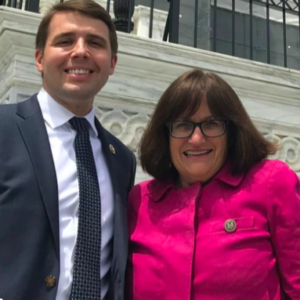 President Donald Trump’s executive orders extending unemployment benefits and maintaining the eviction ban may be too complex to survive legal challenges, but their message is simple: I’m trying to get you money, and the Democrats are trying to stop me.

And among the Democrats standing between Trump’s checks and unemployed Granite Staters are all four members of our federal delegation, who backed their party’s decision to reject any deal with the White House and now oppose the president’s executive orders.

For weeks, Democrats led by Speaker Nancy Pelosi and Senate Minority Leader Chuck Schumer have refused to reach an accommodation with the White House, instead standing by a $3 trillion House plan passed in May. Without an agreement, $600-a-week, federally funded unemployment benefits and other protections ended July 31.

As Politico reported just days ago, Pelosi “remains almost entirely unyielding in her demands — even as negotiations drag on and millions of out-of-work Americans lose their federal aid.” Why take this risk?

Because “Pelosi’s advisers are confident that if there is no deal, President Donald Trump and Republicans will be blamed,” Politico reports.

But now Trump has flipped the table. He’s ordering the federal government to get the checks going again, and Democrats are in the uncomfortable position of opposing COVID-19 benefits reaching New Hampshire and the nation.

New Hampshire Democrats have been remarkably loyal to Pelosi, a West Coast liberal whose politics don’t line up particularly well with New Hampshire.

Rep. Annie Kuster has been an unapologetic Pelosi ally, while Rep. Chris Pappas has proven himself a reliable foot soldier for the Speaker.

Not only did Pappas vote for Pelosi’s $3 trillion, 1,800 page House bill (with $1 trillion in unrestricted money to bail out big-spending blue states), but he’s also declined to criticize her for continuing to hold out even as funding for workers’ checks dried up.

Just over a week ago, Sen. Maggie Hassan stood with Speaker Pelosi, blaming Republicans for Democrats’ hold-out strategy. “This weekend, millions of Americans got the rug pulled out from under them because [Sen. Mitch McConnell] has stalled another relief bill for months. We need to act now to support workers and our entire economy.”

On Sunday, she condemned Trump’s executive orders: “The President’s announcement won’t actually provide even the limited relief he claims. It would downshift costs onto states, endanger Medicare & Social Security, and doesn’t extend the eviction moratorium like he said it would. He needs to work with Congress on a bipartisan deal.”

So is it “act now” or wait for Congress?

Sen. Jeanne Shaheen took a similar stance, releasing a statement that said in part: “The president’s executive orders don’t do nearly enough to provide the lasting relief that Granite Staters desperately need. The president must work with Congress to make a deal. Republican leadership’s foot dragging has gone on far too long.”

Few Granite Staters know what’s in the $3 trillion package their elected Democrat representatives have been defending: More than $900 billion to help blue states with big government worker pension deficits cover their costs, and bringing back the SALT (state and local tax) deduction that disproportionately benefits wealthy taxpayers who live in high-tax states like New York and Massachusetts.

On Sunday, Pelosi called Trump’s actions “meager, weak and unconstitutional,” the latter raising the possibility that Democrats might sue to stop the orders from going into effect. Will they? Treasury Secretary Steven Mnuchin seems to hope so.

“We’ve cleared with the Office of Legal Counsel all these actions before they went to the president,” he said. “I would say if the Democrats want to challenge us in court and hold up unemployment benefits to those hardworking Americans that are out of a job because of COVID, they’re gonna have a lot of explaining to do.”

Every New Hampshire Republican running for the U.S. House or Senate feels the same way.