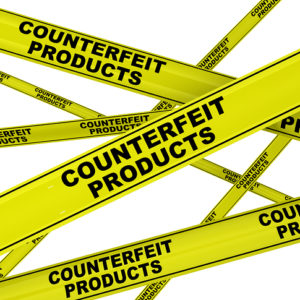 Costa Rican officials issued a national alert on July 19, announcing that 19 people had been killed from counterfeit liquor products with toxic levels of methanol over the past two months. Thirty thousand bottles have been confiscated.

This tragedy should be a clarion call for U.S. policymakers to more aggressively combat counterfeiting, especially those products that originate from overseas. There is some good news on this front. On April 3, President Trump issued a memorandum to federal agencies about initial steps to take, including requiring a comprehensive game plan by October 30.

Counterfeit products are costly to U.S. consumers and businesses. They also pose an unacceptable health and safety risk, especially to children. For example, in September 2018 Customs and Border Protection seized 5,460 fashion dolls with high levels of lead. Earlier, a large incoming shipment of counterfeit toy building blocks rife with lead and small parts was impounded.

Counterfeit electronics, which can overheat due to improper manufacturing, are also widespread.

In fact, according to CBP, 16 percent of its seizures “contained potential threats to consumer health and safety.” There are many dangers, as CBP points out, “For example fake bicycle helmets can break upon impact, phony cosmetics can lead to skin reactions, and imitation seasonal holiday lights improperly made can result in fires.”

The rise in international e-commerce has meant a growth in counterfeit products. Worldwide, more than 70 percent of these fake goods originate from China and Hong Kong. In the United States, U.S. businesses lose $100 million annually to such products. Consumers are also cheated.

And those unscrupulous consumers who feel entitled to purchase fake luxury products should think again. Besides funding organized crime activity, as CBP warns, “It is illegal to purchase counterfeit goods. Bringing them into the U.S. may result in civil or criminal penalties.”

To gauge the scope of counterfeit products, GAO made purchases from third-party sellers on popular consumer websites and then checked the products’ authenticity. More than 40 percent of the products purchased were counterfeit.

A centerpiece of the Trump administration’s proposals is to identify ways in which law enforcement can work more closely with the third party-sellers (i.e., websites) to identify counterfeiters, while also increasing the liabilities if the sellers do not address the situation. In addition to strengthening laws against counterfeit sales, it will also be important to expand CBP’s budget so that it can increase seizures and deter fraudulent shipments.

The administration should also demand that China and Hong Kong identify and shut down counterfeiters. One way to do this is to rigorously enforce The STOP Act. This measure, enacted overwhelming by Congress in October, requires advanced electronic data (AED) on all incoming mail from China. With AED, law enforcement can better pinpoint and seize counterfeit items.

The U.S. should emphasize to the Chinese government that its postal service must have AED on all mail to the U.S. Furthermore, the United States should tell China it will no longer deliver any mail and packages without AED.

For far too long the United States has been hurt by counterfeit products. We need to take important actions soon to fix economic injustices, while also increasing protection, especially for children, before tragedy strikes.

Point: Gerrymandering Is Inevitable in a Democracy Read More