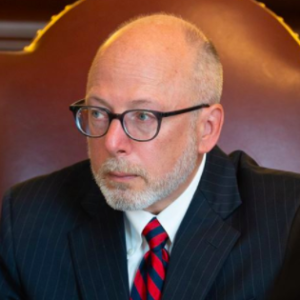 Under Fire From Black Lives Matter for ‘Racist’ Treatment of Nominees, Volinsky Apologizes

After days of criticism and a stinging rebuke from a local Black Lives Matter organization, Democrat Andru Volinsky issued a public apology for his racial insensitivity in handling the nominations of two African-American nominees.

“I apologize for calling Eddie Edwards and Ryan Terrell unqualified,” Volinsky said in his statement. “There is a long history of Black people who have been unfairly dismissed as ‘unqualified.’ I failed to take that context into account when opposing these nominees.”

Volinsky did not, however, apologize to either Edwards or Terrell, both of whom confirmed to NHJournal late Wednesday they hadn’t heard from the Executive Councilor. In fact, Terrell was unaware an apology had been issued until contacted by NHJournal.

Volinsky’s apology came after three consecutive days of accusations of racially-problematic behavior, not from white Republican strategists, but from black Granite Staters and members of the Black Lives Matter movement.

In a statement on their Facebook page, Black Lives Matter wrote: “Andru Volinsky’s microaggressive comments have no place in politics. We strongly disavow his statements claiming that a black man had no expertise or experience in earning his position for the office of professional licensure and certification. Volinsky’s team has reached out to us asking for our approval but we will only condemn his behavior. Shame on you!”

The statement came in response to the Democratic-controlled Executive Council’s decision to deny a spot on the state Board of Education to Ryan Terrell, a 29-year-old systems manager; and Eddie Edwards’ decision to withdraw his nomination as executive director of the Office of Professional Licensure and Certification after being unable to get a hearing before the Council for more than 100 days. Volinsky led the opposition in both cases, with the support of Democratic Councilors Mike Cryans and Deb Pignatelli.

“To be clear, denying a black man from a career opportunity because you do not agree w/him is racist,” tweeted local BLM activist Erika Perez. “Black lives matter isn’t a statement of convenience. Volinsky’s microaggression had consequences and will not be forgotten.”

Volinsky got the message. His apology was directed, not at the two black men he called unqualified, but to the Black Lives Matter organization.

“I look forward to engaging in honest and candid dialogue with Black Lives Matter Manchester and take to heart their criticisms about my words. My sincere desire is to bring together groups that have not had candid conversations. I am willing to do the hard work which includes a willingness to engage in deep introspection,” Volinsky said in his statement.

That was not satisfactory to the two African-American nominees.

“This isn’t an apology, it’s politics,” Edwards told NHJournal. “He’s not apologizing for falsely accusing us of being unqualified, which is what he should be doing. He’s apologizing to Black Lives Matter because the people he labeled as ‘unqualified’ are black. In his apology, he says he can call white people like [state education commissioner] Frank Edelblut unqualified, but not me — because of my race.

“Mr. Volinsky, you owe me an apology because I am qualified, and you smeared me as otherwise, because of my race,” Edwards said.

“Eddie Edwards spent eight years as Director of Enforcement and Licensing for the New Hampshire Liquor Commission, he’s certainly qualified for this position. I disagree with his politics, and he’s not who I would have nominated, but he’s qualified and deserved a hearing. We all need to be more thoughtful, and reflective about the language we use and how we engage in this discussion. It’s not enough to not be racist, we must be actively anti-racist,” Feltes said in a statement.

Terrell is also bothered by Volinsky’s language. “The word ‘unqualified’ is one of the less-offensive words he used. Calling me a ‘token’ because Gov. Sununu nominated me and I’m black? Saying my choice was ‘demeaning?’ That’s the real problem.”

Volinsky refused repeated requests for comment from NHJournal. However, on WKXL radio Wednesday afternoon just hours before his apology, Volinsky insisted he had nothing to apologize for.

“I have been accused of direct, overt racism. I deny that charge,” Volinsky said. He blamed the controversy on “Republican operatives across the state,” not his own words or actions.

He also blamed the 100 days without a hearing on Gov. Sununu, who he suggested kept the council from having access to a suitable venue for a public hearing.

“Under this council, department heads get public hearings, so the nominee has a really good chance to convince us of his or her abilities,” Volinsky said, which is ironic given he publicly announced his opposition to Edwards before the nomination was formally announced.

“I led the discussion about how we should borrow Reps Hall, and we assigned a staffer to work with the governor’s office to get us Reps Hall. It was denied,” Volinsky said.

In the end, Volinsky was left attempting to justify treatment of black nominees he could no longer defend. His apology followed soon after.

Volinsky’s sudden shift from complete denial to unreserved apology shows the political power Black Lives Matter has gained in just a few short weeks. When their leaders speak, politicians listen. And on Wednesday, they spoke loudly.

“I’m hoping people understand that we might be liberal, we might be Democrat, we might see things a certain way, but that does not mean that black people who are on the other side of the aisle do not deserve a voice,” said local BLM leader Ronelle Tshiela Wednesday.

“I feel like you’re either for amplifying Black voices or you’re not.”