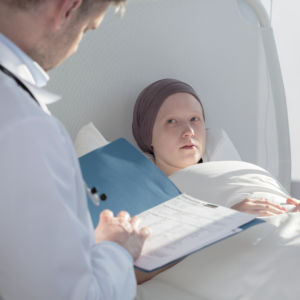 A union practice that involves collecting federal subsidies intended for personal caregivers is facing growing backlash from critics who see it as a scam.

Medicaid funds can be provided to personal caregivers who care for an elderly and disabled individual. The caregiver in most cases is related to their client. It’s a system that allows for personalized treatment and oftentimes it allows families to care for loved ones. But it’s also a system that has enriched unions.

Labor unions in a handful of states have been able to take a portion of those funds by organizing all the personal caregivers as one bargaining unit. Lawmakers in those states have allowed the practice by implementing policies that classify the caregivers as public employees – but only for the purpose of collective bargaining.

Those opposed to the union practice are ramping up their fight against what they see as a scam – calling it “dues skimming.” Republican Rep. Cathy McMorris Rodgers recently announced that she plans on introducing legislation intended to stop the practice. The congresswoman met with worker advocates and caregivers Wednesday to discuss the issue on Capitol Hill.

The State Policy Network (SPN) has been closely following the union practice while working with caregivers who have been forced into the system. SPN has found in its research that unions take $200 million annually from Medicaid funds through personal caregivers.

Critics argue the caregivers are often tricked or pressured into becoming dues-paying members. Minnesota unions were even accused of wide-spread fraud and potential collusion with the state when it successfully organized 27,000 care providers – in what is potentially one of the largest bargaining units in American history.

The union practice exists in states like California, Washington, Oregon, Massachusetts, Minnesota, Vermont, and Connecticut. Minnesota lawmakers, for instance, allowed a state union to organize Personal Care Providers (PCA) as a single bargaining unit by passing a law dictating they are state employees simply because they collect Medicaid funds. Democratic Gov. Mark Dayton tried to do the same in 2011 through an executive order, but it failed in the courts.

The union practice has already been facing pressure on the local level. Minnesota PCAs was launched in recent years to help disfranchised care providers in that state. The Center of the American Experiment, the Center for Independent Employees, and the Center for Worker Freedom have worked alongside a group of PCAs in that effort.

The Freedom Foundation, a Washington state based free-market think tank, has been calling attention to the issue in recent years. Freedom Foundation labor policy director Maxford Nelsen points to the Service Employees International Union (SEIU) and the American Federation of State, County and Municipal Employees (AFSCME) as being the main unions behind the practice.

“Medicaid will pay for homecare services for the elderly and disabled,” Nelsen told InsideSources. “The SEIU and AFSCME, back in the late 90s, when union membership was generally declining saw these workers, and this pool of Medicaid dollars, as a potential organizing opportunity.”

The U.S. Supreme Court addressed the issue to an extent during the 2014 case, Harris v. Quinn. The justices ruled that Illinois home care providers couldn’t be forced to pay dues because they weren’t technically state employees. Nelsen argues that unions and state leaders have found ways around those restrictions.

“The states and unions have worked hand and glove to design a series of workarounds to the Harris v. Quinn decision, and to keep people paying dues whether they want to or not,” Nelsen said “There are literally hundreds and thousands of these care providers around the country paying union dues to the SEIU and AFSCME against their will.”

Nelsen adds that in some states the caregivers are pressured into signing a membership card, which then makes it very difficult to leave the union. California only allows members to leave during a 10-day period each year. Many states have captive audience meeting with union organizers where they pressure the caregivers into joining – or, according to Nelsen, don’t let them know they have a choice.

Nelsen notes that in his own state of Washington, caregivers have funds automatically withdrawn unless they explicitly state in writing that they want to opt-out of being a dues-paying member. Those caregivers don’t even have to sign a card or make contact with the union before Medicaid funds are withdrawn by the state on behalf of the union.

The SEIU and AFSCME did not respond to a request for comment by InsideSources.