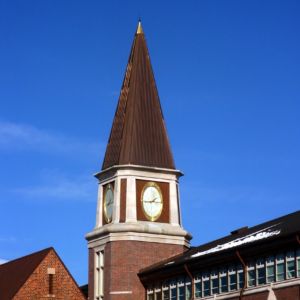 At the end of last year, divestment was a common theme in American cities and universities. With the Dakota Access Pipeline protests featuring prominently in the news, the city councils of Minneapolis and Seattle voted to explore divesting their city accounts from banks with ties to fossil fuels. On a practical level, this meant closing accounts with Wells Fargo in favor of a yet to be determined replacement. The University of Denver’s recent decision not to divest shows that the divestment tide may be turning.

Last Tuesday, the university’s board of trustees announced its decision not to divest. The board agreed with students’ concerns about climate climate and the need to develop alternative sources of energy. However, in a letter to students, the board explained that after several months of investigation, it had decided that divestment was not the best means of achieving their goal.

“Regarding divestment, the Board adopted the task force recommendation that divestment in fossil fuel companies, or any other industry, would not be an effective means of mitigating global warming nor would it be consistent with the endowment’s long-term purpose to provide enduring benefit to present and future students, faculty, staff and other stakeholders,” the letter read.

The university’s decision came after months of heated debate, between student and faculty members of “Divest DU,” a campus group with ties to the environmentalist organization 350.org, and supporters of the current investment strategy.

Divest DU gathered thousands of signatures from students and faculty in order to force the board of trustees to make a formal decision.

“The students of Divest DU understand that both the movement for divestment and the necessary transformation to a low carbon economy will have economic consequences,” wrote Rebecca Powell, chair of the university’s sustainability council and a supporter of divestment.

“However, they have looked beyond the superficial rhetoric of climate change politics to understand fundamental realities. They understand that investment in fossil fuels in the short-term is an unnecessary expedient,“ she continued.

Despite support from faculty and even outside aid from 350.org, the final decision found that divestment was not worth the economic costs, nor was it consistent with the university’s focus on education.

“The University of Denver’s greatest ability to mitigate climate change and foster a sustainable future lies in deploying its core competencies: education, research and the ability to foster informed community discourse and in accelerating its sustainability in its operations,” wrote the board.

“A strategy of industry stigmatization drives a wedge between the University of Denver and the fossil fuel companies that represent an important part of the economic base of Colorado and the nation,” it continued.

What made the debate in Denver different from divestment talks elsewhere was the focus on the role petroleum plays in Colorado’s economy. At the University of Denver, the divestment debate included a strong push from petroleum industry groups to show the impact of petroleum.

An editorial from the Denver Post argued against the proposal, calling fossil fuel divestment “unrealistic and unwise.”

“…It’s completely unrealistic to think that our state, our nation or others can immediately stop depending on the plentiful fossil fuels available to provide the power we need to live the lives to which we are accustomed,” the Post wrote. “It would be cruel to poor and hardworking people in our country and impoverished nations beyond our borders to do so.”

Despite ruling against divestment, the decision voices support for many environmentalist concerns, including climate change. Instead of divestment, though, the university opted to establish a new “green fund” to investigate new sustainability efforts and will offer donors alternative investment options if they are morally opposed to making an endowment donation that might be invested in fossil fuels.

In the wake of the decision, Divest DU is continuing to protest the decision. A post on the group’s Facebook page reiterated its commitment to divestment and vowed that the campaign would “not stop until the University of Denver commits to full fossil fuel divestment.”

Divestment campaigns are also continuing in the cities of Minneapolis and Seattle, both of which voted to divest city accounts from Wells Fargo this fall. A subcommittee of the Seattle City Council will further discuss the divestment resolution on Wednesday morning, while the Minneapolis City Council awaits the results of a Finance Department study.