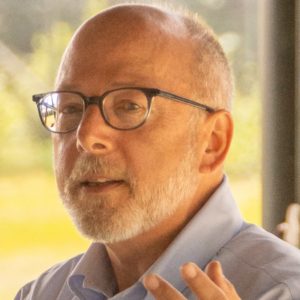 After 24 hours of criticism and blowback, progressive Democrat Andru Volinsky apologized for referring to an African-American nominee to the State Board of Education as a “token,” though he pointedly declined to apologize to the nominee himself.

During Wednesday’s executive council meeting, Volinsky called the nomination of Ryan Terrell, a 29-year-old African-American businessman, “demeaning,” and accused Gov. Chris Sununu of engaging in “tokenism” by nominating him — a particularly offensive phrase in the black community.

“It’s clear that I used some language (Wednesday) that has offended some people and that was not my intent and I fully apologize,” the executive councilor told WMUR.  Volinsky said that when he used the term “tokenism,” he was “responding to Gov. Sununu’s comment and I apologize for using that term.”

Among those offended was James T. McKim, president of the Manchester chapter of the NAACP, who told NHJournal Thursday, “the words that were chosen were unfortunate.”

Specifically regarding Volinsky’s reference to tokenism, McKim said “the language was not necessary or appropriate.”

After the executive council meeting, where his appointment was defeated in a 3-2 party-line vote, Terrell told NHJournal, “it was very disappointing for me to hear that from Councilor Volinsky. It really hurt, frankly.”

During a Thursday presser, Sununu called out the three Democrats on the executive council who voted down Terrell’s nomination, and Volinsky’s statements.

“I think the comments made against Ryan were terrible, absolutely deplorable,” Sununu said. “Their comments speak for themselves.”

Sununu noted that another African American, 2018 NH-01 GOP congressional candidate Eddie Edwards, has yet to even receive a hearing on his nomination to become executive director of the state Office of Professional Licensure and Certification. “Eddie is African American. I nominated him for a position. He hasn’t even had the courtesy of a public hearing for like 13 weeks.”

“I keep hoping the council learns from their previous mistakes. They don’t seem to get it,” Sununu said. “Councilor Pignatelli, Councilor Volinsky and Councilor Cryans should be ashamed of those votes.”