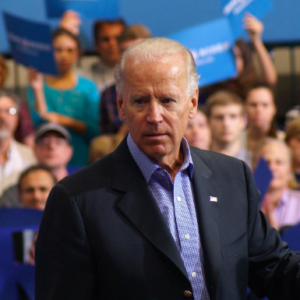 Was This The Week Joe Biden Lost The Primary?

It was a week when Joe Biden couldn’t catch a break.

Every major news story, even those seemingly unconnected to his candidacy, landed a fresh blow on Biden’s campaign. As a result, the former vice president has gone from the “above-the-fray” frontrunner to a fading contender whose path to the nomination is difficult to see.

Donald Trump’s Ukraine scandal and potential impeachment is bad news for the incumbent president, for example, but it may be even worse news for his would-be challenger Joe Biden. Most Democratic primary voters were largely unaware of Hunter Biden’s saga of disturbing personal behavior and troubling ethical lapses as he appeared to trade on his father’s political power for personal gain.

And while Sen. Bernie Sanders’ heart attack may or may not prevent the progressive firebrand from staying in the race, it’s already set back Joe Biden’s campaign by putting the issues of age, health and stamina on the front page. Not good news for the 76-year-old Biden.

This was also the week third-quarter fundraising reports were filed, revealing the purported frontrunner came in fourth in the all-important “money primary” — and a distant fourth at that. Biden’s $15.2 million is nearly $10 million less than the surging Liz Warren campaign and $4 million behind Mayor Pete Buttigieg — a second-tier contender polling around 5 percent.

Former New Hampshire Democratic Party chair Kathy Sullivan says Warren has earned her new success. “Elizabeth Warren has been running a perfect campaign and steadily trending upward. It’s still early, but she is in a good position to pick up undecided voters.”

Warren’s eye-popping $24.6 million fundraising haul couldn’t come at a better time for her, or a worse one for the Biden campaign. As A.B. Stoddard wrote in The Bulwark, “the RealClearPolitics betting average shows Warren went from 38.6 over Biden’s 26.3, to 49.89 over Biden’s 20.3″ in just over a week.

“The Biden campaign cannot deny the effects of the Trump attacks on his electability argument in the Democratic field,” Stoddard added.

So was this the week that Joe Biden lost the nomination?

“No,” David Bernstein told InsideSources. “This might have been the week that Democrats realized that Joe Biden was not going to be the nominee.”

Bernstein, a liberal journalist who’s covered Democratic politics for decades, is one of many political analysts and Democratic insiders who told InsideSources they believe the Biden candidacy is unlikely to survive.  Nobody expects “Uncle Joe” to drop out–in fact, there may be a Biden bump as Democrats rally around the target of Trump’s attacks. But it’s hard to see how Biden becomes his party’s nominee.

“To win the nomination, you either have to be good, or lucky, or both,” says Tom Bevan, co-founder and president of RealClearPolitics.

“Unfortunately for Biden, he’s neither.”

Bevan points to Biden’s steep drop in the polls. Since early May, Biden’s RealClearPolitics polling average has dropped from 41.4 percent to 26.2 — a 37 percent plunge in support. And, Bevan believes, this decline will continue.

“I actually think Joe Biden has been in the process of losing the primary since the day he got in the race. Two weeks after he jumped in, he had a 33.4 percent lead in the RCP national average over his nearest competitor. Five months later, it’s down to 2.2 percent. He lost his lead in Iowa and is in the process of losing it in New Hampshire.  Questions about his record, his mental acuity, and now the added questions about corruption and nepotism are all new baggage weighing him down,” Bevan said.

“People may not realize it, but Bill Clinton announced his presidential campaign 24 years ago this week. All the things that happened in that legendary Clinton campaign, in New Hampshire and beyond, happened after this point in the race.”

Veteran GOP strategist Alex Conant of Firehouse Strategies agrees that it’s “way too early” to write off a candidate with the level of money and support Biden has. And then there’s the Warren factor. “We’ll see how Warren does once she starts taking incoming fire. The next debate will be a test for her, since it’s likely to be the first debate where she’ll really be pressed.”

The problem with the “plenty of time” argument is that it’s hard to see how more time benefits Biden. More time means voters find out more, not less, about Hunter Biden’s career and the ethical overlaps with his father. And as for Biden’s fundraising struggles — he raised $6.3 million less in the third quarter than in the second– the Wall Street Journal reports:

“Federal Election Commission records show that 38 percent of the $22 million Mr. Biden raised by June 30 came from donors who gave the maximum amount possible to give in the primary—meaning he can’t go back to those roughly 2,800 individuals for more money in what will likely be a long and costly Democratic race.”

In other words, more time is likely to bring even more fundraising challenges.

Some Democratic strategists were reluctant to declare the Biden candidacy dead, but they did concede his campaign is fundamentally weaker than just a few weeks ago, which creates an opportunity for the rest of the field.

“This was the week that everything changed,” one Democratic strategist told InsideSources. “It’s a different race from here on out, and you’re going to see some lower-tier candidates get a second look.”

The real question is whether, after this week, Joe Biden can get a second look of his own.<