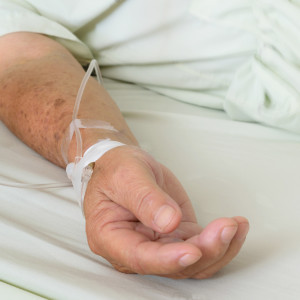 Washington state is close to enacting legislation which critics claim is nothing more than an underhanded attempt to help unions siphon off Medicaid funds.

Washington is one of several states that allow unions to organize personal caregivers who collect Medicaid funds to help the elderly and disabled. These states have passed laws that classify the caregivers as partial public employees. But now, lawmakers in Washington are trying to turn them private again as public-sector forced union dues are threatened.

The U.S. Supreme Court has already ruled against forced dues for personal caregivers and might soon outlaw the practice across the public-sector. The Freedom Foundation, a state-based free-market think tank, has been sounding the alarm on the legislation – seeing it as an underhanded attempt to help unions in the state weather the judicial storm.

“From beginning to end it has been clear that the majority cares about one thing, passing this bill and rewarding their special interests,” Freedom Foundation labor policy director Maxford Nelsen told InsideSources. “The views and concerns of the opposition and caregivers who are going to have to live under this bill were sidelined consistently.”

Washington Democratic Gov. Jay Inslee just has to sign the bill now since it has already passed both legislative chambers in the state. The legislation directs the state Department of Social and Health Services to contract out aspects of the individual provider program to a private vendor. The caregivers would become private again in the process.

The Service Employees International Union (SEIU) Local 775, which represents personal caregivers, was allegedly petitioning the state for the changes reflected in the bill back in 2014. The Freedom Foundation found in a public records request that the state and union were allegedly working together to bring about the changes.

The U.S. Supreme Court at the time was preparing to rule on the case, Harris v. Quinn. The eventual decision determined that home care providers couldn’t be forced to pay dues because they weren’t technically state employees. But the decision doesn’t cover private-sector employees which the bill would make the caregivers.

“One of the items that the SEIU requested was legislation that would privatize the caregiver workforce,” Nelsen said. “The reason that distinction is important is because the Harris v. Quinn decision applied to partial public employees. Under state laws in Illinois, Washington, and other states care providers are considered public employees only for the purposes of collective bargaining.”

The state Senate had a Republican majority at the time – which was a likely reason a bill was never introduced during those earlier discussions. But Democrats have recently gained control of both legislative chambers and have introduced the bill. The U.S. Supreme Court is also expected to make a decision in the coming months in the case Janus v. AFSCME – which could potentially outlaw all mandatory union payments in the public-sector.

“So there are two ways for unions to get out from under Harris,” Nelsen said. “One would be to make care providers full-fledged public employees. The challenge there is that involves making them eligible for public employee benefits including retirement, health coverage, and so forth. So it’s a big cost to the state going that route. It also runs the risk of losing the ability to compel payment given the Janus case which appears poised to give public employees the choice of whether to join a union or not. So that just leaves the private-sector option.”

The Freedom Foundation argues that the lawmakers behind the bill also have questionable union connections. They don’t just get contributions from unions – in some cases, they have worked for a union or were members. The lawmakers have also allegedly silenced critics, including caregivers who are opposed or wanted to express concerns.

“In many cases the sponsors and cosponsors are current and former employees or members,” Nelsen said. “Rep. Eileen Cody, who introduced the House version of the bill, is a founding member, says it on her own biography on her legislative website, of SEIU 1199. It’s not a local that represents care providers but it is still a Washington SEIU local.”

Nelsen adds that lawmakers behind the bill have consistently worked to avoid scrutiny from critics. The Senate reportedly attempted to pass the legislation in the middle of the night to prevent opponents from testifying against the bill in committee. The House Appropriations Committee gave only a 12 hour notice for the final committee hearing that occurred during a Saturday morning.

“There were several incidents when taken into isolation wouldn’t necessarily be a big deal,” Nelsen said. “But taken together indicate, I think, an unfortunate disregard for the voices of the caregivers during this process. We had a situation where there were several caregivers at a committee hearing and wanted to testify against the bill. The chair of that committee, Rep. Cody, cut off debate on the bill and didn’t allow caregivers to share their perspective.”

Miranda Thorpe is one such caregiver who feels she has been shut out of the debate because of her opposition. She argues that lawmakers behind the bill have rammed it through without considering the concerns and opinions of every caregiver.

Medicaid funds can be provided to personal caregivers who care for someone is in physical need. The caregivers in many cases are related to their client. It’s a system that allows for personalized treatment and oftentimes it allows families to care for loved ones.

The caregivers are typically seen more as independent contractors which means unions can’t organize them as one single bargaining unit like employees at a workplace. Washington and a handful of other states worked around this by classifying them as public employees, but only for the purposes of collective bargaining, which at first allowed them to compel payments from everyone by organizing them all as a bargaining unit.

“The SEIU and labor-backed legislators are willing to shove the home healthcare workers around to do whatever they need to force them to pay union dues,” Nelsen said. “Back in the early 2000s caregivers were basically considered independent contractors. They did not fall under the National Labor Relations Act during that time.”

The U.S. Supreme Court has since undermined their ability to collect mandatory payments from nonmembers. Though many unions have reportedly made it difficult for caregivers to become nonmembers. The Washington bill would still allow unions to organize the caregivers as one bargaining unit by contracting services through a private vendor – unlike before when they were more akin to independent contractors.

SEIU Local 775 and other bill supporters argue that administration and payroll services are overly complicated and burdensome currently for caregivers and consumers. They argue that the bill would simplify the system while freeing up caseworkers to address client needs instead of the administrative aspects.

“That may or may not be the case,” Nelsen said. “But let’s assume that it is. Then the question is what can the state do that could cost less and be less disruptive to solve this problem. It seems like a reasonable suggestion to say, maybe the state should hire some additional folks. They don’t have to be professionally trained necessarily, they can be administrative staff.”

Nelsen contests that the bill supporters might just be hiding behind a legitimate problem to justify the changes. The issue is, he argues, there are other solutions that are less disruptive and costly – like hiring additional administrative staffers. That would also guarantee the caregivers maintain that same constitutional protections affirmed in Harris v. Quinn.

“That disruption and that cost might be worth it if there was a compelling reason to make these changes,” Nelsen said. “But that’s not the debate that the legislature is having. If you look at the way the bill is going to play out for the SEIU, I think it becomes clear that the motivation behind the bill is primarily to reward a major special interest group that is politically influential.”

The Seattle Times, which leans left, has also been warning against the bill. The editorial board wrote the lawmakers should not give into union demands considering how expensive and disruptive the idea would be to the system. The piece adds that it would create a new layer of bureaucracy, costing the state at least $11 million annually.

The union practice exists in other states like California, Oregon, Massachusetts, Minnesota, Vermont, and Connecticut. Critics argue the caregivers are often tricked or pressured into becoming dues-paying members. Minnesota unions were even accused of wide-spread fraud and potential collusion with the state when it successfully organized 27,000 care providers.

The State Policy Network (SPN) has been closely following the union practice while working with caregivers who have been forced into the system. SPN has found in its research that unions take $200 million annually from Medicaid funds through personal caregivers.

Gov. Jay Inslee’s office told InsideSources that it is still waiting for the legislature to deliver the bill for consideration. When his office receives the bill it will have 20 days to review it and make a decision on whether to sign.